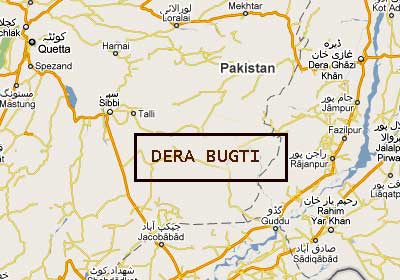 DERA BUGTI: Baloch Republican Party (B.R.P) has alleged that forces have started another massive military operation in many areas of Dera Bugti including Pat feeder, Mohan Pat, RD 248 and Kattan and dozens of house of Baloch villagers were set on fire. Women, children and aged-people were harassed  badly during operation.

Sources of the Baloch Republican Party(B.R.P) media cell alleged that forces abducted at least eight people including women and children and more than ten people were wounded due to intense firing and bombardment of the security forces on civilians’ population area of Sui, Dera Bugti.

The B.R.P media cell feared that the abducted people were taken toward an undisclosed location where they would  be tortured in notorious torture cells and would  be made victim of  ‘kill and dump’ like thousands of other Baloch abducted by intelligence agencies.’’

2013-09-13
admin
Previous: Issue of Balcohistan should be resolved through dialogue: JI
Next: The term “negotiation” is used to eliminate the target: Sher Mohammad Bugti