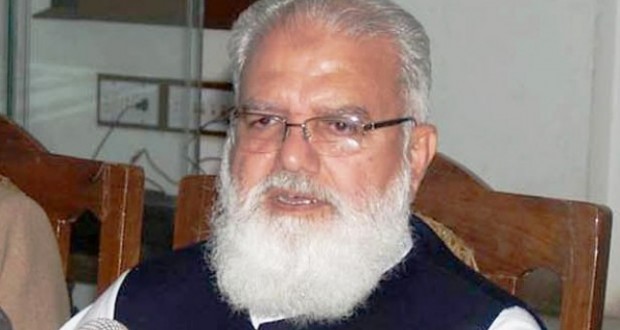 Issue of Balcohistan should be resolved through dialogue: JI

Quetta: The Jamaat-i-Islami (JI) on Wednesday urged  that issue of Balcohistan should be resolved through dialogue   and the federal government to concede that the operations launched in KP and Balochistan during the regime of a former dictator were a mistake.

“On the Balochistan issue, Chief Minister Dr Abdul Malik and BNP chief Sardar Akhter Mengal have showed the actual image of the situation, which is why we are going to call an APC in Balochistan,” JI leader Liaquat Baloch told a press conference, adding, “The provincial government should do its homework in this regard.”

“After the 9/11 attacks the US has chosen to dominate its agenda across the world, it is escalating violence across the world,” Baloch said, adding that a former dictator indulged the country in a notorious war which killed 47,000 people.

He said the issue of Balcohistan should be resolved through dialogue and in this context the JI would support the government. The issue of missing persons should also be resolved immediately, he added.

He also expressed concern over energy crisis which, he added, has destructed the agriculture sector of the country.

Published in The Balochistan Point on September 12, 2013