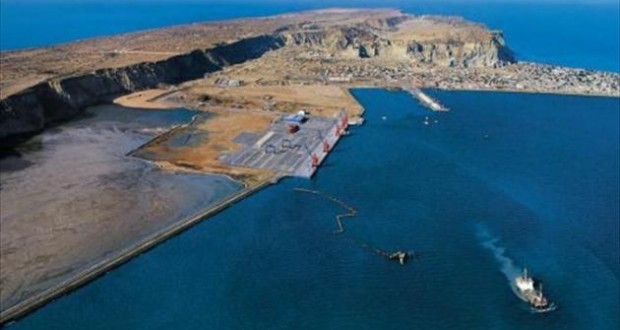 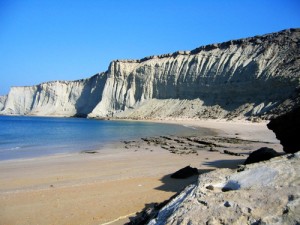 imperiled by the land erosion from 2007. Eroding land has troubled particularly the fishermen along with the inhabitants.  Being the longest coast line in country with 600 kilometers, district Gwadar is home to thousands of people and a major hub of fisheries as the most significant economic activity. Land erosion is the cause for the destruction of numerous buildings and is making the district more likely to get hit by major coastal hazards. District’s eroding land had been one of the most crucial issues for the district but had been neglected from years. At this instant, the disaster management authority needs to be alert!

Though in most cases land erosion might be considered a natural process but this should be clarified that it may besides be caused by some synthetic (man-made) activities. Land erosion in Gwadar owns a similar cause. The place where the port of Gwadar has been constructed once was home to the fishermen population, and a major center of fishing activities, plus the waves from the east bay used to break to the south eastern part of Gwadar (which belongs to the port these days). The edges of the port are more than eight kilometers deep. As a result the waves can’t break to this part anymore so the high pressurized waves travel to the northern area about 34 kilometers far from Gwadar, known as Sur Banden. The further the waves travel, the more pressure they own. It has been more than six years now that the high pressurized waves have been causing land erosion and destroying homes, schools, mosques and a lot more. Similarly, Ganz a little harbor town of the district is as well in serious hold of erosion.

As a peninsula with a narrow width and being surrounded by Arabian Sea from the three sides, Gwadar’s location makes it a threatening position which is at risk of various catastrophic coastal hazards. However such hazards are not new to the residents. During the past ten years, there had been more than four coastal hazards with vicious heavy rain. Due to the climatic changes, such hazards have made the area tough to be safe. Koh-e-Bateel a well-known hill in the southern head of Gwadar is the only natural support for the population in case of an urgent situation. Recently built stairs which lead to the top of the hill are not built to be accommodating for the people during any emergency because of their narrowness and being constructed with materials which makes then slippery during rain. These stairs can even be responsible for more casualties than hazard itself.

Instantaneously, the biggest concern now is not having any specialized early warning system in the whole district for the people to get warned before any disaster erupts. Conclusively, most little towns in the district need buffer zones where the people would stay during any coastal hazards along with that, dominant exit paths are especially needed in each town and village of the district which will be helpful for the people to easily get to the buzzer zone as a safe place.  The little village of Ganz is surrounded with hills which makes it tough for the people to get out of their place in case of an emergency. Recently, the inhabitants of the village have stipulated that they either want their whole town to be shifted in a higher concentrated safe place or a buffer zone and exit paths should be constructed as soon as possible.

Conclusively fisheries, is the most important economic activity in the district in which a vast majority of the population is engaged. The district’s long coast line provides the residents not only the means of income but also the food to subsist. About one fourth of the total catch in Pakistan is produced in the district. Because of the high pressurized waves in the west bay, the disaster management has resembled some large rocks along the shore as a protection wall. As a result it makes it impossible for the fishermen to catch fish along east bay. The port area which was specifically the shrimp and prawns catch ward had been restricted and now the whole east bay coastline of Gwadar city had been blocked by stones. If the boats anchored down the so called protection wall, the waves hit the boats against the stones. Thus, numerous boats have been destroyed. Another unfortunate fact is this that the fishermen aren’t considered laborers by the government which means that they don’t get any insurance for their broken boats. Today Gwadar’s deprived fishermen are the most effected people due the construction of the port. Now they demand ecological corridor where they could make their boats stand safely

As natural disasters don not let anybody know before erupting, the District Disaster Management Authority (DDMA) of the Provincial Disaster Management Authority (PDMA) should initiate their attempts now for subsistence of the risk in Gawadar. As the first priority of the government, inhabitants’ lives’ safety should be strengthened. Endowing with the construction of protection wall against the eroding land, DDMA  should construct buffer zones, exit paths and accommodate specialized early warning systems in all towns and villages of the district which are in serious concern of coastal hazards.

Published in The Balochistan Point on January 5, 2014

2014-01-05
admin
Previous: The Human Rights situation in Balochistan is terrible beyond the imagination:BRP
Next: Two brothers killed in kiring in Jhal Magasi