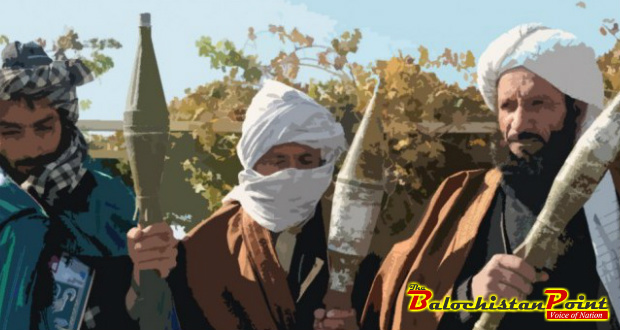 Tribalism, provincialism, and ethnicity define the very structures of Pakistani and Afghani societies. A wide range of social, political, and religious upheavals provide vindication to this fact. The Fall of Dhaka brings into the open Pakistan Government’s condescending point of view of tribalism and provincialism; on the other hand, Taliban’s blitzkrieg against the Tajiks, Uzbeks, and Hazara Shias in Mizar-e-Sharif evince loathsome treatment of ethnicity. Hence, tribalism and factionalism of Bengalis helped resurface the gruesome memories of the partition of Pakistan itself, in the form of sobs of sisters, shrieks of mothers, blood stains on the streets of young rebels, defilement of Bengali literature, and sheer insult of Bengali language. On the other side, ethnicity injected Tajiks, Uzbeks, and Hazara Shias with a kind of feeling which paled the atrocities, carnage, and consternation with which they were meted out in the rise of Taliban in comparison with the vigor to re-run the sanguinary path for the rescue of their respective ethnicities.

Taliban emerged as the saviors, from the warlords, tribal chiefs and Mujahedeen, for Afghan grassroots, during the year 1992. After Soviet expulsion in 1989, the Mujahedeen never integrated themselves into a unity. Moreover, their fissures seemed far gone to be dented or mended. Afghan society has always been inclusive and all-embracing of minorities and ethnicities as more than 80 percent of the Afghanis adhere to Hanfai school of Sunni thought. The Hanfai school of thought maintains a very lenient stance on minorities, and it is anti-hierarchal and de-centralized. However, the sanctimoniousness the Afghanis bestowed to Taliban proved schizophrenia— far removed from reality. Moreover, the Taliban turned to be an evil-in-disguise and a savior-turned-devil. Last but not the least the Taliban stood for, which was antithetical to Afghan society, exclusiveness, pashtun-dominance, and brutality.

The Taliban replicated historically accursed “Apartheid laws”, promulgated by the Whites in South Africa, against the ethnic minorities of Afghanistan. During the rule of the self-appointed messiahs, the slightest divergence from their ideology was dubbed “Kuffur”; and, kafir were all Tajiks, Uzbeks, and Hazaras as their sects dared to stand in contradiction with the Taliban’s ideology of either Deobandism or Whabbism. Deoband school of thought dates its creation back to the Deoband Maddarsa, established by Maulvi Qasim Nanutawi in India. However, the Deobandi ideology which the Taliban espouse and adhere is an anomaly when compared to the original thought of Deobandism. Whabbism, which intends to raze Shiaism, ridiculously failed to bring in metamorphosis from inclusiveness of Hanfism to exclusiveness of Whabbism. In addition to the money which lent financial sustainability to the Taliban, the Saudis exported their ideology of anti-Iran in the form of Whabbism.

The Taliban governed Afghanistan through a three-tier power structure: the Kandahar Shura, the Kabul Shura and the Military Command. Mullah Omer held complete sway over the Kandahar Shura, which subordinated the Kabul Shura and the Military Command, as Hitler had over Nazi Germany. Mullah Wakil, closest confidante of Omer, once expressed about the absolute power of the One-Eyed man in the words that, “he kept all power positions under his own belt”. Having crowned the title of the “Amir-ul-Momineen”, he coated all his actions and orders with Islamic fervor. As a result, his orders to spill blood and throttle the Hazaras, Tajiks, and Uzbeks in Mazar in 1998 were obliged with ultimate sanctity as an Islamic commandment. Durrani Pashtuns were conceived to be the only faction destined for the salvation, in view of the Taliban. Whereas, they threw filthy mud of damnation at all other ethnically divergent compatriots of theirs.

After invading Herat in 1995, Kabul in 1996, and Mazar in 1998, they replaced local governments and bureaucracies with Durani Pashtuns of Kandahar, who were incognizant of Dari language—lingua franca of these areas— and were foreign to indigenous moors and norms. Thus, this adds sternness to the belief that the Taliban not only inflicted injuries to the ethnic minorities by killing them but added insult to those injuries by trying to flush out their vary cultures and traditions from their aboriginal abodes. Unaccommodating stance of the Taliban sucked its initial image as the saviors dry and incapacitated it of longevity and permanence.

In a nutshell, Pakistan severed half of itself because it made its learnt lessons unlearnt—deprivation of provincial autonomy and rejection of Muslim nationalism by the Hindus in united India—; the Taliban, on the other hand, forgot the underestimation of their own tribe—Durrani Pashtuns— during the anti-Soviet resistance at the hands of CIA-ISI nexus, and started a worst kind of drive to loot, pillage, and exterminate ethnic minorities. Naturally, when the basics of something are defied the cracks, Achilles heels, and pitfalls are the surest outcome. In the same way, when tribalism, provincialism, and ethnicity, which are the basics of the Pakistani and Afghani societies, are defied, then, desecration, compartmentalization, and anarchy are the surest outcome.

Author is a Freelance columnist based in Sindh.

Published in The Balochistan Point on August 7, 2015