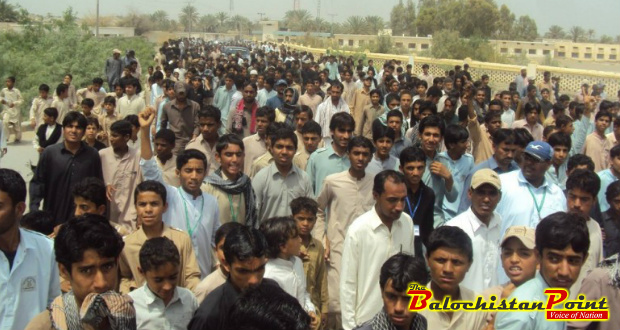 Turbat – People of Makran have protested against the transfer of divisional Commissioner, Pasand Khan Buledi.

Last week, Mr. Buledi was transferred from the position of Commissioner Makran and made an Officer of Special Duty (OSD) without any reason.

Mr. Buledi is considered to be a very honest and vigilant office by residents of Makran and therefore his transfer is being widely criticized.

According to the staff reporter of The Balochistan Point, Mr. Buldei vigilantly ensured price control mechanisms in Makran. He is also credited for preventing Land mafia from encroaching land near University of Turbat.

It was Pasand Khan Buledi who ordered removal of all the unnecessary security check posts in Makran division.

People of Makran have demanded form Balochistan government to restore Mr. Buledi as Commissioner or else they will protest against it.

Published in The Balochistan Point on August 7, 2015