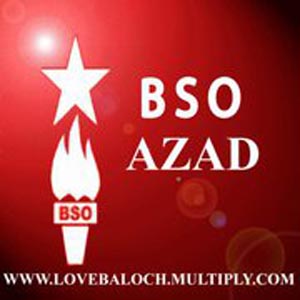 Quetta: Baloch Students Organization – Azad (BSO-A) has strongly condemned execution of 5 Baloch youths by Iranian forces in Zahedan city of Western Balochistan. In a statement issued on Sunday, BSO-A spokesman has termed it a continuation of non-stop Baloch genocide by occupying forces.

Iran is practicing collective executions of Baloch youths to stop the growing trend of national consciousness among them, the statement said.

Since the illegal Iranian occupation of Western Balochistan in 1928, Iran has been committing Baloch genocide with total impunity. Since then, thousands of Baloch youths have been hanged simply for demanding their national and religious rights and struggling to preserve their national identity, the statement further said.

Hundreds of other Baloch youths are still suffering in Iranian prisons and their fate remains unknown. The Baloch people have always resisted the tyrant states of Pakistan and Iran for their illegal occupation of Baloch land. Both Iran and Pakistan have joined hands to suppress the Baloch.

Baloch national struggle is to create a free and prosper country where every Baloch individual would live free and peacefully, the statement said.

Published in The Balochistan Point on September 23, 2013