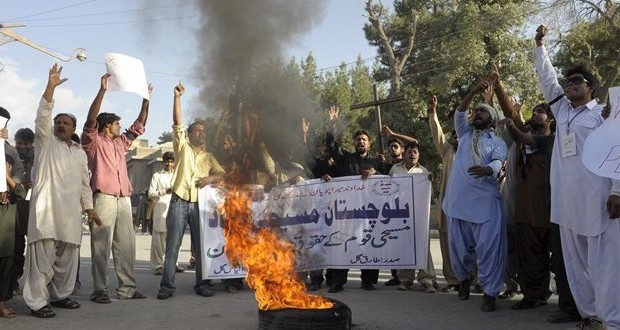 Quetta: Members of the Christian community took out a protest rally on Sunday to condemn the suicide attacks on a Church in Peshawar.

They raised slogans against the KPK Government for failing to secure safety of Christians.

The main protest rally assembled before Quetta Press Club before proceeding to the Balochistan Assembly. Small protest rallies were also taken out in different parts of the metropolis.

Apart from the Christian different other organizations also carried out  protest rallies.

Published in The Balochistan Point on September 23,2013