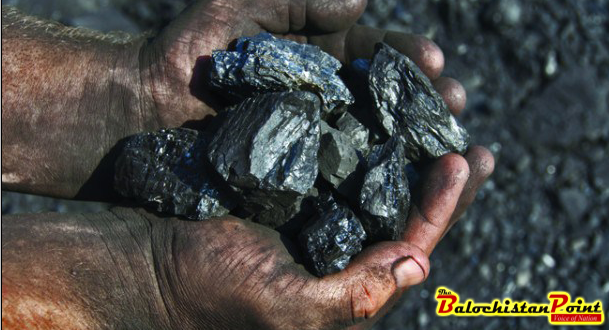 Expensive coal and the plight of coal miners in Balochistan

Coal is the low-cost source of energy in all over the world, coal is also being used by developing and developed countries, but the usage differs country to country and region to region. Despite having other sources for energy and controversies on greenhouse gases though, coal is the second largest source for energy about eight billion tons of coal were produced in 2010, while in energy sharing coal contributes one fourth of the world energy supply.

In all over the globe the coal consumption has been increased especially from China and India, while in 70% of world coal consumption, China shared 47% in 2010, United states contributed 14% and India 9%, further it was predicted that till 2040 these three countries will share 75% of total coal of world, the production of coal in US is carried out by both methods underground and surface mining.

The coal reserves in all over the world are eight hundred and sixty billion tons. After oil and gas coal is the most common and important element for the world, it provides energy to most of the countries and it plays most significant role for producing primary energy to the world now and in future as well.

In a comparative study the coal was compared with oil and gas, further it has added that the current resources of coal can fulfill the demand of world for coming one hundred and eighteen (118) years, South Africa alone has developed a significant coal industry and many other African counties have significant coal reserves that have not been properly explored South Africa fulfills 90% of its energy from coal. Due to these sufficient coal reserves and positive use of coal South Africa exports electricity to many countries nearby such as Namibia and Botswana, coal in South Africa playing vital role in expending its energy needs.

Coal mining has been playing a vital role in the national economy of many developing countries, they rank highly among the world’s major coal producing countries. In the case of India, South Africa, Kazakhstan and China, use more coal for their energy needs but these countries are also large coal exporter in markets that generates valuable foreign investment for them, the coal production industries of Colombia and Indonesia earn significant revenues.

Economic benefits of coal mining directly provide more than 7 million jobs all over the world despite this support to millions of people the coal production is main economic activity in many societies. in 2010 ,7US$ billion had been invested by coal industry , in many ways coal mining supports the economy , at basic level coal mining provides jobs to the local people , the employees mostly invest in their workplace and transfer their skills to other workers.  The coal mining does not just provide job to the workers or their family but also supports the wider community that employees spent their income on goods and services  since mining often occurs in barren, rural and remote areas and the business in such areas as low as compare to urban, mining often brings changes in infrastructure of the area, such as electricity , road, transportation ,railway line, mining companies as well invest in nearby communities, in such activities there are many examples where coal mining companies making significant investments such as health and education services to the local communities.

However, the situation in Pakistan is very much different as equated to other countries or even neighbor countries, in Pakistan the coal mining is carried out in three provinces, Balochistan, KPK and Sindh province but in Balochistan the coal is not the only natural resource there are large number of other natural resources found, there are six big coal fields in Balochistan, in all six fields of Balochistan underground coal mining is carried out which depth varies up to 2500 feet in depth.

Coal mining in Balochistan is carried out by the private contractors and it is abided by the 1923 coal mine act but the workers work twelve to fifteen hours daily and seven days in a week which is quite against the act. Monthly income of workers is estimated four thousand to eight thousand rupees according to them which is the lowest monthly income in all over the world related to coal mining, in case of any accident or death the workers’ family is paid lump sum of two lack rupees which cannot be the cost of human life  as it was noted in their work that miner worker’s families are not paid such as pension, economic benefits, provident fund or donation system, further different type of diseases are common in the coal mine workers such as TB, Bronchitis, Asthma, Pneumoconiosis, lungs diseases. Chest diseases, dangerous and piousness gases, chest problems, the vulnerable mines, rain effects, micro dust ,asthma and breathing problems in spite these all the workers are prone to many diseases and even not provided basic health facilities such as emergency response and first aid tools, glasses, small practices mostly effect their eyes, that slowly damages their eye sight, the vibration of machines affects the nervous system this is well understood by the engineers but they do not pay their attention to it.

Mostly workers dig the whole with same shoes which is in their common use they are not provided steel shoes or the specific shoes for mining in order to protect their foot, however, such diseases are neither covered by the 1923 act nor treated well in public hospitals. The term injury has not been defined yet in Balochistan or rest of the world. In the case of any minor accident the workers are provided first aid and in the case of major accident the workers are taken to the public hospital where small amount is paid to the workers by the private contractor if the workers take time to recover or the worker remains absent from the work he is not paid for those days.

In accident if a worker gets physical disability he is suffer because he would be replaced by another worker and further he is no more for the contractor but he remains burden on his family and society as well, in Balochistan workers are forced to work under extremely difficult conditions which violate all standards including those set by International Labor Organization (ILO). According to a report published in Daily The Nation on march 3rd 2015:“Hundreds of coal miners have died in about 150 explosions inside mines caused by the accumulation of Methane gas during last ten years.”, “The Mines and Mineral Department has failed to convince the mine owners, responsible, to establish a Gas system particularly proper ventilation system and methane detectors. Still the caged bird is used to check the dangerous gases in coal mine that if the bird dies or faints it means the coal is not able for mining if it gets alive means the mine is able for production. Even if a worker faints due to gases that are being treated in locally available sources like “SIRKA” is poured in his mouth to revive his senses, there is also a problem in the legislation related to mineworkers. The 1923 Mine Act proscribes a penalty of just Rs 40,000. Clearly makes it mandatory for owners, contractors and relevant authorities to implement safety procedures and proposes strict punishments for violators. Weather it is the provincial or the federal government, everyone is aware of the hazardous, working conditions.

Coal miners are forced to work under but they have chosen to do absolutely nothing to rectify the situation because coal is apparently more valuable than the lives of people who dig it from the earth or mountains. The safety and health of workers in coal mine are indispensable and important issues for all the world’s nearly thirteen million workers and their communities, the accidents and diseases affecting coal mine workers; however, it requires a good understanding and better data regarding dangerous or hazards at work environment. Further it is specified by ILO that the inspectors in coal mine play vital role in the protection and provision of devices to the coal mine workers.

Published in The Balochistan Point on June 3, 2017

2017-06-03
admin
Previous: Schools in hometown of CM Balochistan need priority based attention
Next: Frequent power breakdown of electricity in Makran