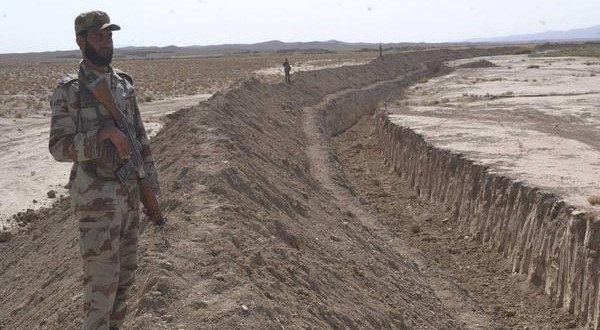 QUETTA: The Paramilitary Frontier Corps (FC) Balochistan has started digging 480-kilometre-long trenches along the border with Afghanistan in order to curb incursions across this border into Pakistan. Soldiers have completed digging roughly 235 kilometres of the trench and the remainder is expected to be completed by October 30. An estimated Rs260 million has been spent on the work on these trenches to date.

“We want to check incursions of terrorists and smugglers into Pakistan and the trenches will help control the situation along the Afghan border,” said Colonel Faheem Babar, Commandant Qila Saifullah Scouts.

The trenches are eight feet in depth and 10 feet wide. A 111-kilometre-long trench near the Afghan border had been cleaned and repaired by soldiers recently. Hundreds of soldiers from Zhob militia, Qila Saifullah Scouts, Naushki militia, Taftan Rifles, Makran Scouts and Dalbandin Rifles are taking part in digging the trenches.  At least 70 excavators, dumpers and other heavy machineries are engaged in digging.

According to the FC, there is no ‘frequent route’ along the 1,270-kilometre-long Pak-Afghan border which also includes the rough terrain of mountains. Terrorists and smugglers often take advantage of these infrequent routes to enter Pakistan illegally. “They easily smuggle goods into Pakistan without paying taxes and custom duties,” an FC official said. The smuggled items include drugs, arms and ammunitions.

The FC official said that in recent weeks around 60 to 70 terrorists intruded into Pakistani territory from Afghanistan near the Murgha Faqirzai area of Balochistan in order to carry out attacks but FC soldiers foiled their attempts. “There was a heavy exchange of fire which also killed an FC soldier while two terrorists were also killed,” the FC spokesperson said.

Republished in The Balochistan Point on 11th September, 2014.