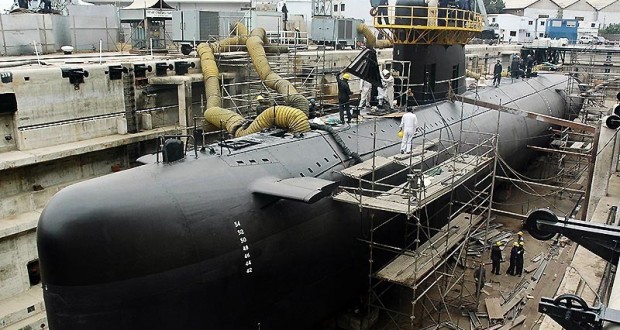 QUETTA: Three navy officers were arrested by security forces near Lak Pass in connection with attack on Naval Dockyard, on Wednesday.

According to media reports, the three navy officials were escaping to Afghanistan when they were arrested by security forces after receiving intelligence reports.

An official belonging from armed forces talked on the condition of anonymity with Media and claimed that all three men arrested are Navy officials. However, he declined to comment on the ranks of Nay officials arrested.

The arrested navy personnel were shifted to Karachi from Quetta via plane. More arrests have taken place in Karachi and Ormara as a result of preliminary investigations from the arrested officers.

A group of terrorists attacked Naval Dockyard in Karachi on defence day on 6th September. The terrorist had inside help according to Khawja Asif, the defence minister of Pakistan.

AFP has reported that South Asian arm of Al-Qaeda has claimed responsibility for attack on Naval Dockyard in Karachi.

Published in The Balochistan Point on 11th September, 2014.

2014-09-11
Editor
Previous: No compromise on the set targets of development of the province: Dr Abdul Malik Baloch‏
Next: FC digging 480 KM long trench on Pak-Afghan border