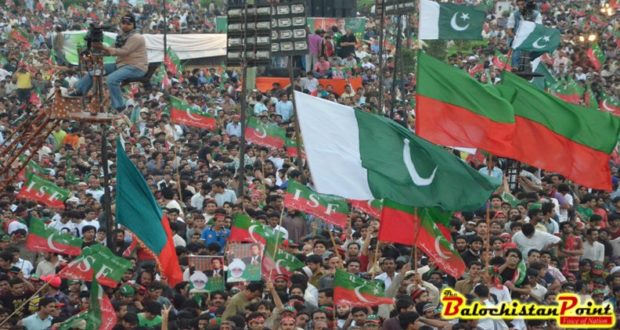 Dolefully speaking, ever since Pakistan’s emergence as a sovereign and independent country of the world, it miserably failed to manage its external affairs effectively and independently. Even, during its teething period, it had to fight a full-scale war with its chronic rival India on the issue of Kashmir; an issue that still remains a nuclear flash point between the two countries. Thus, existence of an arch adversary at eastern border (India) that always connived with its ideologue and friend at western border (Afghanistan) to undo Pakistan turned the country that was envisaged to be a welfare state into a security state.

In wake of this very situation, merely the security bypassing the other paraphernalia deemed as ineluctable during the infancy period of any state became the cornerstone of country’s foreign policy and those who deal with security affairs became the key architects of developing the initial contours of its foreign policy.

The quest for piling up the weaponry for the garrison state parked those who ruled the roost at the door of oval office which was in fact a wrong door. That miscalculation was therefore billed by foreign policy gurus as the” first sin” committed in the annals of Pakistan’s foreign policy. The then premier Liaqat Ali Khan, an anglophile by his feudal moorings and upbringing, turning down the candid invitation of Soviet Union for visit and cultivating bonhomie with Washington rather than Moscow, laid down the keel for the west-oriented and west-dependent foreign policy of the country; the same policy is still alive and kicking and continues to haunt Pakistan till today.

Over the years, Pakistan remained unable to adopt balanced foreign policy approach to achieve its strategic, political, security and economic interests. Seeking security with a putative superpower, approximately 10,000 miles away, whose interests, at that stage in south Asian affairs was, at best marginal, made absolutely no sense. Also it did not augur well to seek security of the state in arms and weapons only and ignore the far more crucial task of anchoring it in sound national institutions that could withstand the disappearance, by force or by nature, of national icons like Jinnah and Liaqat Ali Khan. This ill-conceived move resulted in spineless political institutions and powerful military-bureaucratic elite.

Bonapartes, by capitalizing on the security concerns looming over the country, started craving for political mastery, its foreign policy had therefore to be so tailored as to fit their requirements. With the unwarranted dismissal of the emaciated civilian government in 1958 and imposition of first martial law, the military incorporated American interests in its national affairs in a more systemized and robust manner. General Ayub Khan –‘the swell guy’ in the eyes of his American mentors moved quickly to cement the ties with Washington with great élan and oblige his friends. Ayub Khan while compromising the sovereignty of the country capitulated to the diktates of Uncle Sam and thereby gave a free hand to Washington to set up military bases on Pakistan’s soil. Almost the same was done by his successor General Musharaf in aftermath of so-called war against terrorism.

Let’s forget the painful memories and talk of the future course of action. Napoleon once remarked:” the foreign policy of the country is determined by its geography”. Pakistan should, therefore, carefully choreograph its foreign policy by keeping in view the geo-strategic and geo-economic realities of its region and beyond.

Our constitution regarding the conduct of country’s external affairs provides a pragmatic roadmap. The article 20 of 1973 constitution states:” the state shall endeavor to preserve and strengthen fraternal relations among Muslim countries based on Islamic unity, support the common interests of the people of Asia, Africa and Latin America, promote international peace and security, foster good will and friendly relations among all nations and encourage the settlement of international disputes by peaceful means”. This provision provides solid direction to Pakistan towards developing comprehensive foreign policy pertaining to fellow Muslim countries, close and extended relationship with neighboring countries of the region and beyond. However, there was no mention of tilting to any camp of power that Pakistan unfortunately did in its formative phase.

Now, with the new government in the office that claims for change, it is highly expected that country’s conventional foreign policy of wooing the west at cost of its sovereignty and dignity would see a dramatic as well as strategic shift and the efforts will also be made to dispel the ubiquitous impression that Pakistan is a satellite of any big power.

P.M Imran Khan in his victory speech outlined the foreign policy dimensions of his government. China was on the top of the list of the countries that he had a mention of. He noted the success china has had lifting seven hundred million people out of poverty and said there is much that Pakistan can learn from her experience. China should undoubtedly form the nucleus of our foreign policy. It has always been our real and time-tested friend. China supported us in our war against India and maintained a steady economic cooperation over the years with recent emergence of CPEC, Belt and Road Initiative and recent induction of Pakistan in SCO. Pakistan needs to tap this opportunity of the recent growing trend wherein after many centuries; the center of gravity is shifting from west to east. With wisdom and farsightedness, Pakistan can build a prosperous future for its people through its closeness with Pakistan.

For Afghanistan he said that the people of Afghanistan had suffered a lot due to “war on terror” and “Afghan Jihad” and needed peace. Pakistan would make all efforts to bring an end to the conflict, he added.

Pakistan and US positions on the issue of Afghanistan seem to be converging now as US belatedly accepted the need for a political settlement in Afghanistan and opened the direct talks with Taliban which Pakistan facilitated. However, the entire negotiating process, including the one initiated by US special envoy zalmay Khalilzad, may be thrown into disarray by Trump’s announcement to withdraw 7,000 US troops from Afghanistan. Sensing US abandonment, and unrelenting Taliban pressure, the Kabul unity government, even the Afghan National Army, may collapse, reviving the likelihood of another prolonged civil war. Pakistan’s diplomacy must work simultaneously with the US, China, Russia, Iran and Saudi Arabia to prevent civil war and promote a viable political settlement.

Surprisingly, khan said little about Pak-US relationship but did call for a “mutually beneficial” relationship as opposed to the “one way” present state of ties. He underscored the importance of balanced relationship between the two countries. Khan’s stance to have a constructive and balanced engagement with the US on equal, reliable and strong footing is laudable. Washington has always asked Pakistan to do more and the accusations of deception, lies and providing safe heavens to terrorists are few of allegations that the US has continued to level, putting Pakistan into difficult situations. With recent motion backed by European Nations, to put Pakistan on global terrorism financing watch list is another blow to the long time tough relationship of the two countries.

With India, Imran Khan desires to have normal relationship. But unfortunately, this sentiment is not reciprocated by India. Both the countries are again at daggers drawn in wake of Pulwama attack. As expected, in the run-up to the 2019 Indian elections, Modi government is playing Pakistan’s hostility card to revive its flagging political fortunes. Pakistan must, therefore, remain vigilant and defeat any aggressive move.

In Middle East, khan suggested to play a role of peace maker. It is, for sure, a pragmatic approach to deal with the affairs of Mideast. Pakistan should remain neutral in ongoing rivalry between Iran and Saudi Arabia. But it must forge close bond with the Saudi Arabia and UAE since their financial succor is inevitable to keep the economy of the country afloat. In pursuance of this goal, the historic visit of Saudi Crown prince MBS with enormous investment package to Pakistan is being dubbed by the foreign policy pundits as one of the diplomatic marvels of PTI government.

Additionally, the future commercial viability of Gawadar port also depends to a considerable extent on its emergence as the oil and gas transshipment center and a petrochemical complex. This will become feasible if Saudi Arabia and its GCC allies route a part of their oil and gas through Gawadar to China.

To encapsulate, given the current state of our country, the challenges on both internal and external fronts are formidable but the sincere efforts and devotion of PTI government backed by the populace can bring about the change that is being dreamed of for “NAYA PAKISTAN”.

The writer is a legal practitioner-cum-columnist based in Quetta Balochistan.

Published in The Balochistan Point on February 27, 2019