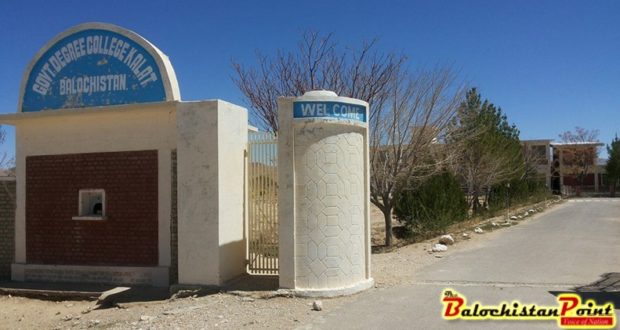 Students in Balochistan mostly remain unable to continue their college education because of having a limited number of academic staff in colleges. Sadia 23, previously a student of Kalat Degree College, had to give up her studies as there were hardly enough teachers to teach at her college.

“I planned to do my BS degree in English language and Linguistics, but soon my desire ended in smoke when we had no teachers to teach the major subjects. After one or two classes we had to sit free till the end of the college day. I had planned to do my BS as a regular student and get command over my major subject but it was discouraging when in the second semester, our subject of linguistic remained untaught, since there was no teacher of the mentioned subject.,” Sadia told Balochistan Review.

With the current situation in most colleges across Balochistan, private exam is one of the options thousands of students take. Sadia continued, “Even though, I had planned to do my bachelors from Kalat College, but I was compelled to quit and prepare for private exams.”

Sadia is not the first student who left her education incomplete, there are now dozens of male and female students who have dropped out just because of not having academic staff at public colleges.

Another student of the Kalat Degree College, Imdadullah told Balochistan Review, “The teaching staff is quite insufficient to meet the criteria of a productive institution. Teachers can hardly cover their lessons, even though there are only four classes per teacher. What concerns more is the issue that there are very few subject specialists. Hence as an alternate, some teachers, teach the subjects in which they have not specialized.”

Sharing his experiences with Balochistan Review Imdad said, “In economics department, we only have one teacher, while there are three subjects of economics this semester. It is impossible for a single teacher to cover so much.”

In 2017, public colleges throughout Balochistan were upgraded to BS level but having limited resources and staff, government had to take the decision back. However, few colleges decided to continue such as Kalat Degree College. With more than 500 students enrolled; the institution does not have academic staff of major subjects, such as mathematics, Biology, Physic, Chemistry, Zoology, Economics, Psychology and others. Even after two decades the college stills lacks teaching staff.

Ghulam Nabi Baloch, Principal Degree College Kalat told Balochistan Review, “Shortage of academic staff has caused disturbances. There is also lack of laboratories, books and furniture but the launch of BS program by government without any planning deteriorated the situation. With two hundred students in Faculty of Arts(FA)and Faculty of Science (FSc), more than hundred in different BS programs of batch 2017-2021 and recently more than a hundred in 2019-2023 batch. We are unable to ensure quality education. There are only 15 teachers for 500 students.” 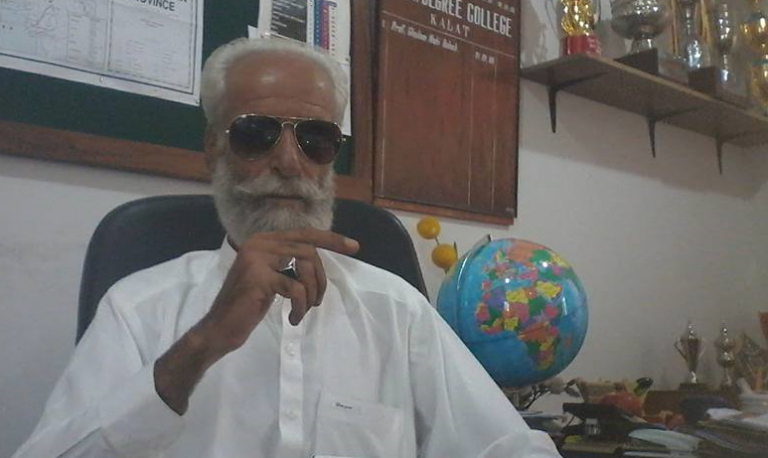 According to the information taken from Degree College Kalat, there is no any teacher for elective subjects which are taught in colleges at FA, as well as FSc in medical and non-medical groups. Some 20 teachers are more required to carry the classes with no hindrances at FA, FSc and BS level.

The story of Kalat Degree College is no different from most other colleges across Balochsitan. Running institutions without electricity, internet, telephone service, laboratories equipment, and Gas is almost impossible but these institutions in Balochistan are fighting for survival with all the issues that continue to exist.  No doubt, these challenges contribute toward low quality of education. Some vacant posts are filled at division level but it does not last for long, allegedly they are transferred to Quetta or to desired districts of the teachers on political basis.

Degree College Nushki is another example of such institutions. Established in 1973, however, after 45 years this institution still does not have required number of teaching staff. Currently 23 positions for lecturers, professors, associate professors and assistant professors are vacant. Only 5 lecturers teach at Girls College Nushki, whereas 20 positions remain vacant. Alarmingly, Nukundi College has only 4 teachers for 15 subjects.

Ghulam Dastageer Sabir, a prominent Urdu and Brahui writer and lecturer at Degree College Nushki told Balochistan Review, “There are nearly 1600 vacant positions of teaching staff in Balochistan for college level. There are around 2600 appointed lecturers in Balochistan in our all inter, degree and postgraduate colleges; however, more than 1000 of them are based in Quetta and many of them belong to different parts of Balochistan.” 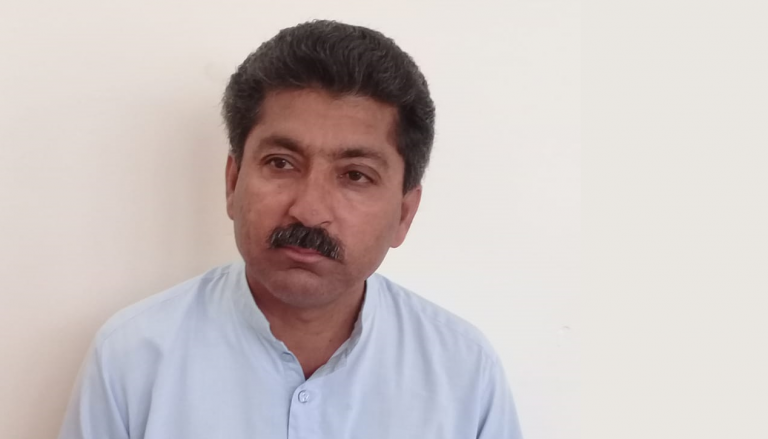 Talking to Balochistan Review, Hassan Nasir, one of the office bearers of Balochistan Professors and Lecturers Association explained, “The lack of staff is one of the major issues but no serious efforts are being taken to tackle the matter. He also expressed requirement of seven academic members for each subject in BS program. Budget is regularly being paid for creating teaching positions but teaching positions still remain vacant. The issue will persist in colleges or any programs such as BS until no action is taken to fully functionalize these institutions.”

Reforms and policies can bring a tangible change, however, after 2013 there has not been any policy making process. After 18th amendment education is a provincial subject. Punjab, Sindh, and KPK succeeded to establish provincial higher education commissions, however, Balochistan has been unable to do so.

“Balochsitan requires lawmaking for Balochistan Higher Education Commission to overcome most of the administrative, financial and curriculum related matters in the institutions,” suggests Hassan Nasir. 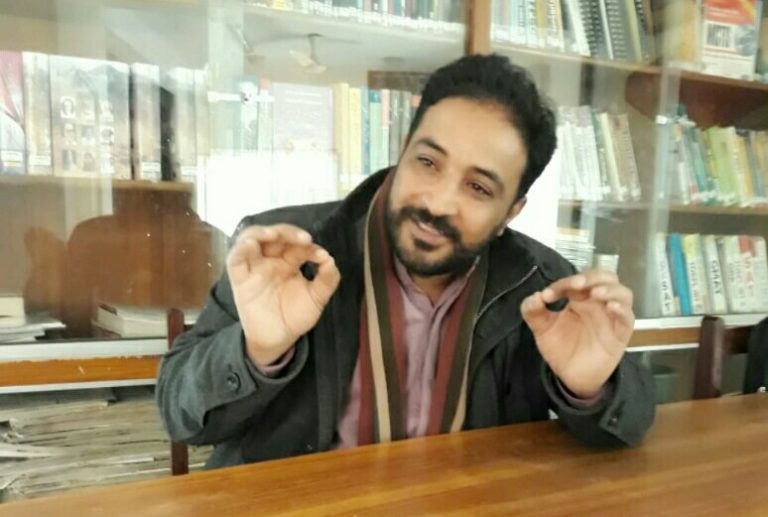 Little or no progress in education sector in also a result of not having enough legislation and policy making for reforms or involving key stakeholders to increase the productivity of these institutions.

On this, member of provincial assembly, Sana Baloch, told Balochistan Review, “Lack of teaching staff is a serious matter. There must be a scientific dashboard which will alarm us in any coming challenges in case of lacking staff or retirement of teachers at colleges or school level, so the recruitment process should start a year earlier in order to replace the retired staff and not to let academic atmosphere affected even a single day.”

“Balochistan requires reforms and legislations in every sector, however, when it comes to education, the existing policies do not support Balochistan to produce well educated youth,” Sana Baloch added. 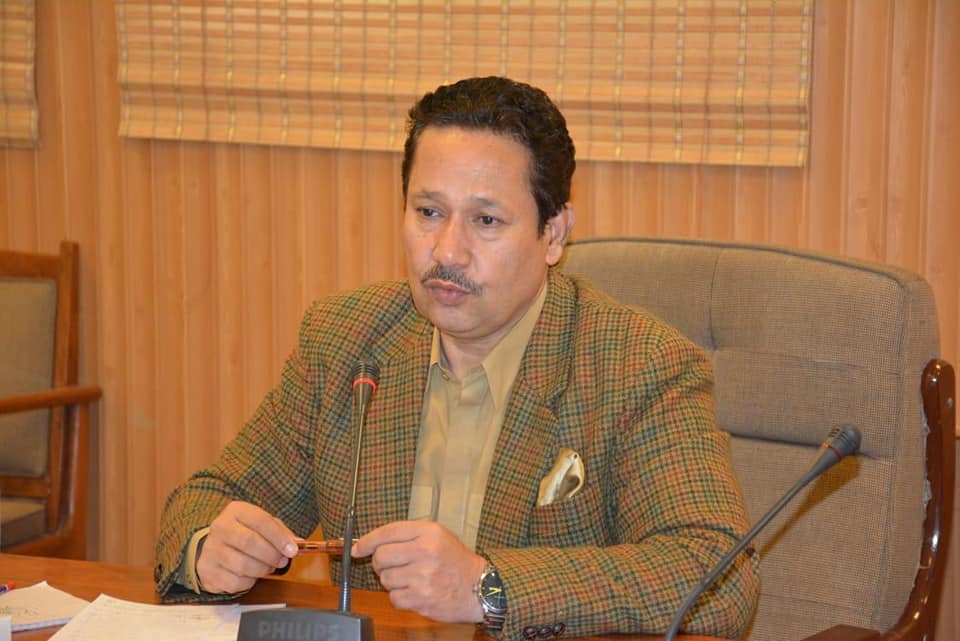 Talking to Balochistan Review, Secretary of Higher Education Balochistan Abdul Saboor Kakar said, “The provincial government is taking steps for development and promotion of education sector in the province. A plan is in pipeline for recruitment of the academic staff at colleges in Balochistan and it will soon be finalized,’’ he added.

Member of Provincial Assembly (MPA) Kalat, and provincial Home Minister, Mir Ziaullah Langove assured that academic deficiency at colleges and schools in Kalat district will almost immediately be dealt. Adding that he was aware of hardships being faced by the students. “75% vacancies of Senior Teachers and lectures are vacant and I am in contact with district and provincial authorities to tackle the matter. Our government aims to overcome issues related to staff at colleges, schools and hospitals,” Home Minister told Balochistan Review.

The education experts in Balochistan recommend establishment of some more examination boards, as there is only one examination board which conducts intermediate and matriculation exams. In order to ensure punctuality of staff at colleges, it is also proposed the authorities should construct accommodation colonies at district headquarters in Balochistan.

Ghulam Dastageer Sabir, suggests that all the vacant posts should be filled on emergency, “No political interference should be tolerated or accepted in transferring and posting of the staff at college level,”