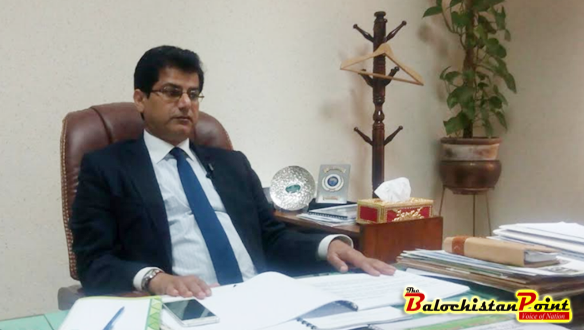 Quetta: Secretary Forest and Wildlife Department Government of Balochistan Naseer Ahmed Kashani has said that by special instructions forest department is curious to engage all masses in Implementation of Green Pakistan Program in Balochistan this program will bring significant and conspicuous change in the environment, he said that while giving an interview to the media.

He elaborated, “National Green Pakistan Balochistan phase is a milestone achievement initiated by Federal Ministry of Climate Change and Forest department Government of Balochistan, its cost is 400million in which 200  million will be provided by provincial government and 200 million by Federal Government,  and be implemented in phases till 2021.”

“In the current Spring 1.6 million plantation trees have  been targeted throughout the province,” he added .

Talking about the objectives of this program he emphasized that this program would support conservation of ecologically significant species and areas for their watershed values, management of biodiversity also sustainable use of its components to combat climate change. In addition, it would help in promotion of forestry for local production of wood to reduce pressure on natural Forests, wildlife, along with range lands.

He said that this campaign would improve wildlife management and its conservation in the province.

Secretary Forest and Wildlife Department shard,: “In the province there were two seasons for plantation: One is spring that starts from 9th of February and ends on 30th April, the next is monsoon season. Particularly in Balochistan there is scarcity of water and we face severe weather conditions but forest department is very much Optimist to give it’s full operational capacity.”

He said that From the department we had  to make progressive measures   after the caring of new plants, but the masses had to   assure their dignified role in their preservative because it was not only government role to care the implanted new plants but also the responsibility of all of us to water the new plants.

Published in The Balochistan Point on February 15, 2017