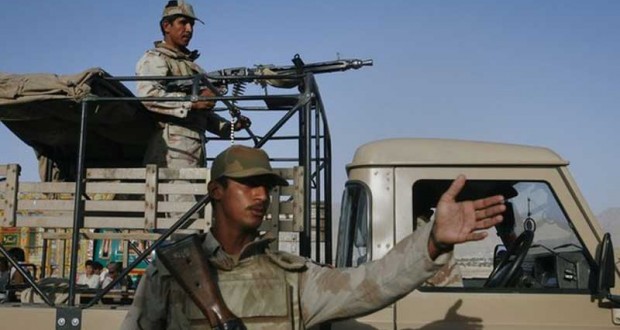 Frontier Corps claims to gun down 30 militants in Parod Operation

QUETTA: The Spokesperson of the Frontier Corps (FC) Balochistan, has claimed that FC lodged an operation in Parod mountain of district Kalat over the presence of militants there. In the conducted search operation over 30 militants were killed, while 10 security men were also injured.

According to details, FC troops along with Kalat Scouts operated in the vicinity and attacked several militant hideouts there. During the operation led by the Special Operation Wing of FC, choppers were also used for quick supply to ground troops.

The FC Spokesperson elaborated that six vehicles used by miscreants were destroyed during the operation, whereas more than 30 militants were killed. He added that 10 security men were also injured because of counter fire by the militants.

It was reported that majority of these militants belonged to banned organizations.

The IG FC Balochistan, Major General Aijaz Shahid was said to be monitoring the operation himself.