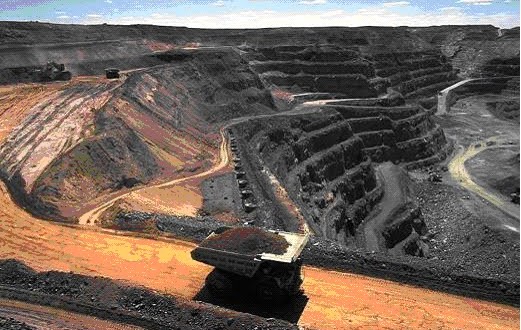 The vast mountainous desert region in Pakistan’s southwest is known as Balochistan, or Land of the Baloch. Covering 347,190 square kilometers, Balochistan constitutes 44% of Pakistan’s total landmass. In the North and Northwest lies the Durand line, dividing Balochistan and Afghanistan. To the West is the Iranian border, and in the North & East is the Indus River, which separates Balochistan from Sindh & Punjab respectively. South of Balochistan is the Arabian Sea, where the mouth of the Strait of Hormuz provides the shortest shipping route from the Middle & Near East to Central Asia.

Balochistan has acted as a key strategic region essential to maintaining control of the surrounding regions. Soon after the British exodus from British-India and the subsequent partition of British- India, the newly formed Pakistan quickly annexed the region. Since the division of Balochistan through creation of the Durand line, the indigenous Baloch population has also been divided. Since its inception, the population of Pakistan has been mired in poverty and corruption. Pakistan has notoriously allocated funds and resources for their military rather than the development of civil infrastructure and social services. Additionally, Pakistan’s central government has deprived Balochistan of any benefits from the wealth of natural resources in the region. Despite an abundance of natural resources and substantial potential for development, Balochis live in poverty and the region is underdeveloped.

The Sui natural gas fields were discovered in Dera Bugti in 1952. By 1955 the Sui gas fields were commercially exploited. The Sui gas fields account for 6% of Pakistan’s total natural gas, producing over 604 million cubic feet (17.1×106 m3) per day. Experts estimate nearly 2 trillion cubic feet of natural gas remains in the Sui natural gas fields. As well as natural gas, Balochistan is also a major producer of coal. Over 90% of Balochistan’s coal is mined and dispatched to other provinces in Pakistan. Baloch coal can potentially fulfill extensive energy requirements providing electricity to an otherwise deprived communities.

The Chagai Mountain area of Balochistan produces vast quantities of copper and gold. Mining firms such as the Tethyan Copper Company Ltd and  Barrick Gold Corporation operate out of the small Chagai town of Reko Diq, situated 70km North-West of Naukundi, near the Iranian border. The Antofagasta Group holds 50% of the Tethyan Copper Company Ltd. Tethyan has held a 75% interest in an exploration licence encompassing the Reko Diq deposit, with the provincial authority in Balochistan holding the remaining 25% interest, resulting in an effective interest for the Antofagasta group of 37.5%. The Reko Diq mineral deposits are estimated to contain 5.9 billion tonnes with an average copper grade of 0.41% and an average gold grade of 0.22 g/tonne. The Antofagasta group’s entitled share of these resources amounts to 2.2 billion tonnes.

As well as natural gas, gold and copper, Balochistan is also rich in Chromite, Barytes, Sulpher, Marble and Limestone deposits. Yet despite all the natural wealth of the region, the Indigenous population of Balochistan remains impoverished and destitute. A lot is written of the tensions and the armed conflict between Baloch militant groups and the central government in Islamabad. While undoubtedly the conflict is driven by ideological reasons, the lack of opportunities in Balochistan plays a part as well. The government of Pakistan would do well to bring more wealth and opportunity to Balochistan or it is doubtful that the conflict will resolve itself in the near future.

2014-04-07
admin
Previous: Balochistan: The golden bird and the hurdles
Next: Frontier Corps claims to gun down 30 militants in Parod Operation