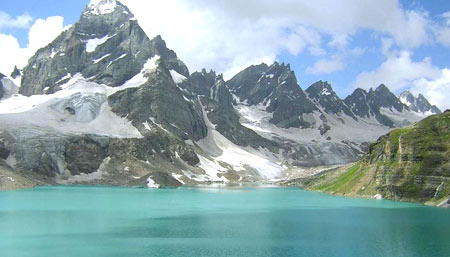 Balochistan: The golden bird and the hurdles

Balochistan is  State’s largest province in terms of landmass, for sure is a golden land covering approximately a geographically area of 3, 42,505 square kilometers. Currently, both nationally and internationally it has gained significance for it is laden with precious minerals and large reservoirs of resources like Gold, Gas, Coal, Chromite, Copper and marbles. Land wise, it is also desert with rocky mountainous regions and rugged hills. Its fertile valleys having very rich orchards and prosperous farms where the production and cultivation of apples, grapes, peaches and apricots is in abundance.

This Baloch land is also blessed with a very important port located on a peninsula that is accessible to large ships traveling from the Gulf of Oman which is a direct route to the Persian Gulf. Back in 1990s the government entered into an agreement with China in order to develop an international shipping port by dint of the Chinese Construction Company which is  still under construction. Moreover, Fishing is very common there and the reservoir of fish in marine areas of Balochistan has become a means of income for the unemployed masses as a prime occupation and for the coastal towns of Gwader too.

In addition to that, the province is not merely blessed with the things mentioned. In fact there are also many beautiful sights-seeing for tourism. For tourism  there  are Ziarat, Quetta and Mehergarh which is the newest discovery of ancient civilization. Moreover, It is believed that a visit to Balochistan would be really incomplete without a trip to Ziarat and Quetta (the capital of Balochistan) sometimes enjoying a beautiful snowy climate is worth visiting as well as does the beauty of other places attract the attention of tourists though a bit disturbed by the abnormal circumstances.

It is also believed that very few places can compete with Quetta valley in having wide range of tasteful fruits, which are considerably exported to all parts of the country as well as abroad. In addition, there are a great deal of mouth-watering fruits like plums, pomegranates, olives as well as different types of melon, water-melon, cherries, pistachios, almonds and all that are very well cultivated and produced on a commercial scope within Quetta and other parts of the country.

The natural richness of Balochistan cannot be denied in terms of its resources, beauty and geographical importance. Being the state’s fourth largest province with the given mineral potential, without any uncertainty proves to be a reserve bank for the development of the state itself in the very up-coming future. On the other side, keeping in mind its huge exudation of latent mineral resources, still it is quite staggering to mention that the province is not infrastructural faring better in terms of good progression. For instance, many areas of the province are lacking the basic facilities like quality education of both genders, Hospitals, stability of gas and electricity and the sanitation system.

Irrespective of the mentioned things, the development of the province is not only facing one or two problems but there are a good deal of disturbing hindrances like corruption, narcotics, political embezzlement, sectarian terrorism and nepotism which are the biggest obstacles in the province and hence, because of their presence the province is considerably hindering in terms of development and day-by-day the state of lives of the impoverished masses is getting infinitely aggravated.

Particularly the rural towns and some of the main cities are currently confronting one or the other problem mentioned above. Take the example of the lack of sanitation system, whereas because of the garbage fallen on roads, it becomes very conducive to the growth of many diseases. Also, in many areas there are a few or no well-experienced doctors in Governmental hospitals which is one of the biggest hurdles in the way of health sector. Moreover, mostly the education sector in the province is facing many problems esp. When it comes to mentioning the faraway areas therein the illiteracy rate is extremely on the rise. So to speak, the education sector is very dismal owning to no check and balance in governmental schools from the education officers. During examinations in Schools, the cheating trend in the nook and cranny of the province is so commonly practiced which is unobtrusively worsening the education system.

Relevantly speaking, the more population increases the more schools and hospitals are required.

According to the constitution of Pakistan, it is the state’s responsibility to provide free primary education to the masses all over the country. It is about time the government under the statutes of the constitution took painstaking measures toward the eradication of illiteracy in Balochistan by constructing new schools which should have facilities and well-experienced teachers. In the province the common masses also feel the need of well-equipped hospitals that should have expert doctors, relatively; hospitals should be built in order to improve the standard of the masses’ lives.

It is a humble pledge to the authorities concerned to pay more concentration on the Health and Education sectors, because for many years Balochistan has been lacking the basic necessities required.

For bringing about a huge improvement in those sectors, pragmatism is what that always works and ours is a democratic country, meaning, democracy is the government of people, made by people and made for the people!

Jameel Jansheer is regular contributor to the Balochistan Point. He can be reached at jansheer.jameel@yahoo.com