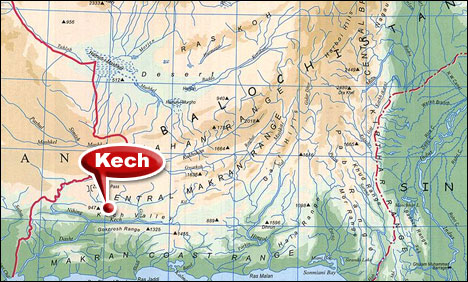 The dead body has been recognized of Naseem Baloch, who had been missing from the same region.

Published in the Balochistan Point on April 6, 2014