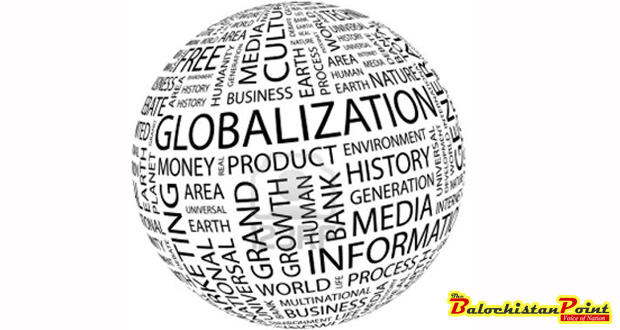 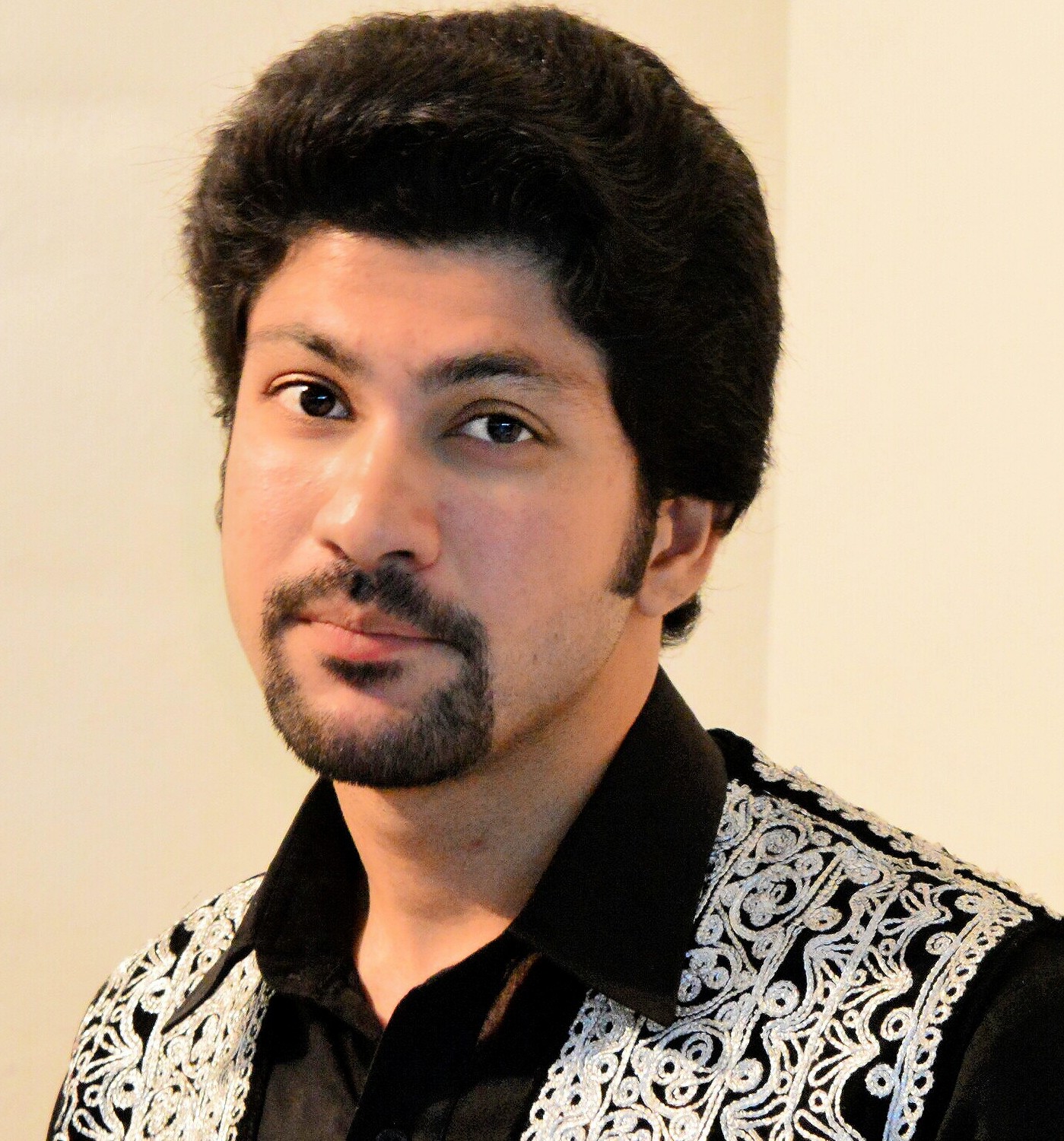 “Globalization”, if to be understood from post-modernist’s lens, is not much distinct in nuance to “Colonization”, and bears a very comprehendible interpretation that is “Inter-Dependence” among states over the globe. An academic insight by “Postmodernists” and “Neo-Marxists” was to deconstruct the “Discourse” of Globalization, a very nascent phenomenon, and trace the legacy of colonization. We shall use the lenses of Postmodernists and Marxists to develop our understanding about the phenomenon, Globalization. It was in 1990s when the phenomenon was injected by U.S, the sole super power and grand proponent of “Capitalism”, primarily to expand its economy. It was the fall of USSR when “Capitalistic Discourse” ensued and emerged triumphant over “Communism”.

Gone are the days when hard power was used by colonizers to have a hold over territories and markets. The capitalists had devised now a new scheme to transform colonization, today known as Globalization, some also echoes it as “Neo-Colonization”. The scheme is very dynamic and perplexing in its nature, one cannot understand it unless casts a diachronic glance over the history of Colonization. British invaded multitude terrains with a pretext to educate and uproot barbarism, as they thought of themselves the only civilised peoples. But, the disguised interest was to drain resources and accumulate more and more capital to consolidate their power. The studies show the idea of capitalism emerged when man learned to domesticate, grow and preserve which spell the inception of “Surplus” thence man drew power from surplus value. There with surplus, allocation of resources and labour distribution were indispensible phenomena, hence to be administrated by someone. Accordingly, leadership was an imperative and natural resort, made by man to allocate resources evenly, so as to thwart any imminent skirmishes upon wealth. Prior to surplus idea societies were egalitarian where each member had equal opportunities, neither skills were required to have an access to resources nor was any class stratification, hence were acephalous (leaderless) societies. The parenthesis was made to make mention as to how the power is drawn via surplus.

Now I turn to elaborate capitalism, a socio-political mode of production, in which wealth and power retains with a specific class. Karl Marx opined, societies having such socio-political mode of production, are dichotomized into two classes, the “Bourgeoisie”(Elites) and ”Proletariats” (labours), in which the former exploits the latter class for economic profits. In such a society survival is all about skills and scales which distinctly depict class system, a sine qua non feature of capitalistic society. From Postmodernist lens “Globalization is universalization of consumerism”.

The colonizers whenever invaded, in their first instance, pigeonholed the societies in different classes that is to say the “hallmark” of colonization. In their second stance they aimed to debilitate the indigenous economies to an extent, lest the subjected colonies do not recuperate and be dependent upon the colonizers and acquiesce to their demands. The scheme of debilitation of indigenous economy was not only to serve the interests of colonizers by then but also to be employed in long run manipulation. This debilitation of indigenous economy evinces the very contemplative nature of colonizers. They marooned colonies to devastated economies, lest could exercise their control remotely by catering them with “decoy” of funds and developmental schemes via Multinational Corporation (MNCs) and Transnational Corporation (TNCs) who operate as “Compradors”, the elites, to serve their interests. For instance today IMF, an MNC and project of West, lends loans to all third world countries, most of which once used to be direct colonies of west but are now under indirect colonization via MNCs and TNCs. These MNCs and TNCs serve to be tools to perpetuate a legitimate colonization under contracts thereby no one can voice any objection against colonizers.

One might be astonished with my statement; I further substantiate my thesis by citing a statement of Max Horkheimer “whosoever wants to talk about capitalism must talk about globalization”. IMF, while lending loan to any of its members has some codes of conduct signed with states, by which they have to abide by. For instance the loan provided by IMF to a state will be allocated and incurred over prescribed projects by IMF and the fiscal policy of the very state will be designed under the rules of signed contract, lest to ensure the return of loan. Now, one can easily arrive at the juncture, as to how a state controlling the economy of another state perches on the helm of power, for it is now evident with whosoever lays the capital lays the power. The slogan of Capitalism is Neo-Liberalism, free trade, which calls upon for Globalization of investments and trade in guise of MNCs and TNCs that already existed in subcontinent under the name of East India Company at time of colonization. These MNCs and TNCs are Compradors, alike the then viceroys in direct colonialism, which operate as pressure groups, for they own capital. In capitalism with whomsoever the surplus lays, is the powerful and the controller, hence is to say capitalism purports globalization.

It is estimated that MNC like Apple, an American Mobile Phone Manufacturing Company, generates three times more revenue beside a country like Scotland. Now we shall see as to how such MNCs who operate as compradors are injected in a state to colonize it and drain its resources. In 2001, Argentine was hit by devastating economic crisis. The IMF lend it fund, provided that the state will let foreign investors come and the fiscal policy will be designed as directed by IMF in the contract, the former conditionality is known as “Open Door” policy. Conclusively, the colonizers wherever colonized had left the economy of that terrain debilitated so as to perpetuate remote and indirect colonization in cloak of development, trade, economic cooperation and of the likes, today dubbed as Globalization. By then, the purporting excuse was barbarism and now globalization, to drain raw material. However, the idea of colonization had never been given up rather was transformed and husked with globalization. Unlike the then colonization, the globalization that is also to say neo-colonization is a very modern and efficacious scheme to colonize.

Kashghar route, the “CPEC”, is one of the like schemes, crafted to colonize Pakistan. The rhetoric of Neo-liberalism, Trade and Economic Corridor, bringing multifarious MNCs and TNCs into Pakistan, can be comprehended now against the backdrop of Neo-colonization. We, from the above synopsis, can now easily deduce, as to how the rhetoric of Trade and Neo-Liberalism is being tooled up to exploit underdeveloped countries for economic ends. We have witnessed analogous precedents of colonization in subcontinent under the same pretext of trade, by East India Company. Yet, inauspiciously, we are welcoming them with alacrity, unwary of the corollaries, but this time it’s, China supplanting “West”. For instance if once the land of Balochistan and KPK is lent to Chinese investment, all the policies and fiscal mechanism will slip away from the hands of national and provincial leaders. The resources will be drained and utilized to bolster the Chinese economy, predominantly. Indeed, the Respective province shall enjoy multitude economic privileges in guise of employment, technical skills, technologies, education and of the likes, but ownership to land and say in political affairs will be shorn away from the laymen by keeping them eschewed from legislation.

Besides the entrepreneurs and other tycoons will play havoc to traditional leaderships and politics. The terrain shall certainly lose its indigenous culture and traditional laws. The resistance to modernity will eventuate cultural lag and variant challenges to all masses, dwelling in the environs, and would be corresponding to direct colonization. We can reflect upon the instances of “Muhajirins” in Sindh and South Punjab, who are being resisted by the indigenous masses, as are thought to be a threat to deterioration of their indigenous culture and invasion over their identity and resources. Such repercussions are needed to be pondered upon. But along with that the imperative need of Economic Corridor can also not be over looked.

It is the exigency of time, hence, is justifiable to uplift socio-economic conditions of masses at the cost of losing culture and identity. Staunch nationalists and traditional men might be at odds with me and they do have the right to dissent but for marginalised and oppressed men, living in penury, culture and identity, certainly, come later to survival, as is also a natural phenomenon. And this very CPEC, is also of an enormous importance for state, lest to pacify “Baloch Nationalism”.

Author is a Student of Msc, Department of Anthropology, Quaid-i- Azam University, Islamabad. He can be reached at Email Address: Sh.Naqeeb91@gmail.com

Published in The Balochistan Point on May 29, 2015