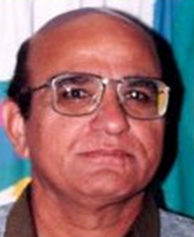 Passengers are relaxed in a cruising airliner all dreaming of their cherished destination and the pleasurable environment they would be in when suddenly the captain’s anxious voice breaks the calm. He says, “Ladies and gentlemen due to unavoidable circumstances a change of plans has been necessitated and we have been diverted to an uninhabited island. However, there is good news and bad news; which do you want first?” All demanded the bad news first. He said, “The bad news is that there is nothing to eat there except horse dung but the good news is that there is plenty of it.”

The situation in Pakistan is not much different; there are horse dung islands instead of promised destinations and, above all, the good news is always that there is more of bad news. There are unending atrocities against the Baloch, loot of their resources, injustices against Sindhis, carnages against Hazaras, intensification of attacks against Shias, discrimination against Hindus and Christians, persecution of Ahmadis, neglect of displaced persons in Khyber Pakhtunkhwa and Dera Bugti. The list is far from complete and the establishment continually not only adds to it but also increases the perniciousness of prevailing problems.

In the first five months of this year 84 people were disappeared, whereas 79 disfigured bodies were recovered from different parts of Balochistan; the toll of the dead is over 700. Whilst unabated atrocities, abductions and dumping of the Baloch persist, the establishment prepares to further antagonise them with the so-called economic projects essentially detrimental to Baloch interests because of the demographic changes and increased economic injustices these will entail and naturally be a prelude to increased state atrocities against them who naturally will resist to preserve their rights.

Prime Minister Nawaz Sharif during his visit to the Neelum-Jehlum power project talked about the Khunjerab-Gwadar-Karachi road and rail network construction and said, “We will establish economic zones along this route, which will create employment opportunities. I am hopeful that my dream will materialise.” His dream, he added, would turn out to be a “game changer” and believed that the project would bring prosperity to the entire region and would be the future focal point of global economic activities. In simple words this ‘dream’ translates into a cosy energy corridor for China while laying the foundation for irreversible adverse demographic and economic changes and more repression for the Baloch in those economic zones in Balochistan.

The prime minister’s recent China visit was primarily aimed at arrangements for pawning Balochistan’s resources; Dr Malik was there to give it a political face. Sharif seems obsessed with bullet trains and mega-projects for Balochistan. Ironically, government miserably lags on the Millennium Development Goals (MDGs) and the British bequeathed railway is in a shambles but they do not care. The mega-projects so far have only alienated the Baloch people further because these were never meant for them but for the establishment and multinationals.

For the Sharif brothers-led establishment, China is the new pawn shop. Addicted to and obsessed with game changer dreams they, with a bankrupt economy, will have to pawn Balochistan’s resources to China and willy nilly give over Balochistan’s resources to China on the same inequitable terms that the Saindak project was given because Pakistan was bankrupt and China revived it with a $ 350 million investment in 2002. A look at those terms will illustrate the point. MRDL, a subsidiary of the Metallurgical Construction Company of China (MCC), runs it in return for 50 percent of the total revenue from mineral sales. Of the rest, 48 percent is pocketed by the federal government and only a measly two percent goes to Balochistan. It also pays $ 500,000 monthly to Pakistan while Balochistan receives only $ 0.7 million annually as royalty.

Respected analyst Syed Fazl-e-Haider in “China digs Pakistan into a hole” (Asia Times, October 2006) revealed that, “The project (Saindak) has the capacity to produce 15,800 tonnes of blister copper annually, containing 1.5 tonnes of gold and 2.8 tonnes of silver. The reported production results, however, have generally remained on average more than 2,000 tonnes per month, which means that production of more than 24,000 tonnes per year has been taking place.” This means the expected 19 years life will be shortened considerably and when they leave it will have been milked dry with mountains toxic with waste to deal with. Syed points out another aberration: “The MCC simultaneously is the producer and buyer of Saindak copper.” To add insult to injury, this inequitable 10-year lease was renewed for a further five years till 2017. So the terms for the Gwadar and other projects can well be imagined. Balochistan’s resources will be pawned irredeemably with China to be exploited forever.

The establishment understands quite well that without turning Gwadar and large parts of Balochistan into a joint Chinese-Pakistani cantonment, they will not be able to move an inch. It is for this reason that the new national security policy prepared by the National Counter-Terrorism Authority is being peddled. Its five proposed steps — to dismantle, to contain, to prevent, to educate and to reintegrate — is just giving new terminology and spin to what essentially is conducting a dirty war against all those, especially the Baloch, who show dissent.

Compounding this saga of a ‘dirty war’ against the Baloch and the unbridled exploitation of Baloch resources are the nationalists comfortably sitting in the establishment’s lap, and either making favourable statements or whining interminably while doing nothing so that their nationalist label remains intact. Dr Malik and Akhtar Mengal are the two sides of that phony nationalist coin. The bad news is that they dupe people but the good news is that their deception isn’t permanent.

Having similar names doesn’t make you the real thing. This anecdote will help understand the difference between the real and phony nationalists. Chakar-e-Aazam is legendary for his bravery and sagacity, his wife Hani for her beauty and wisdom. Hani always woke up at a particular time near dawn; Chakar asked her how is it that she always wakes up so punctually. She said she gauged the time by the coldness of her hass, a heavy silver ring Baloch women wear around the neck. When she died, a distraught Chakar remarried another lady named Hani. Interestingly, she too woke up at the time that the first Hani used to. Intrigued, Chakar asked her how she woke up so punctually. She replied that the call of nature wakes her up. So labelling collaborators nationalists doesn’t make them nationalists. (Courtesy: Daily Times)

2013-07-14
admin
Previous: Noam Chomsky: The Arab World And The Supernatural Power of the United States
Next: Win-Win Solution For Balochistan