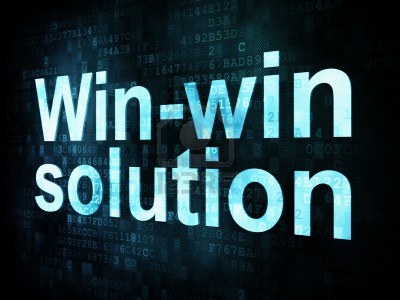 Stephen R Covey, the author of the highly acclaimed The Seven Habits of Highly 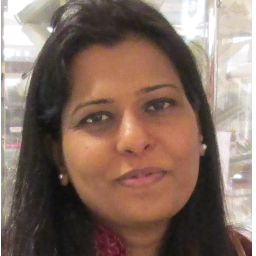 Effective People: Powerful Lessons in Personal Change, was once invited by President Bill Clinton to Camp David. President Clinton had read his book twice and wanted Covey’s counsel on how to integrate the concepts presented therein into his presidency. The Seven Habits proposes a holistic, integrated, principle-centred approach to solving personal and professional problems. Selling over 25 million copies in 38 languages and an additional 15 million copies in audio version, the book has been listed among the “25 Most Influential Business Management Books” by Time magazine.

The first three habits of highly effective people concern personal victory: 1) be proactive, 2) begin with the end in mind, and 3) put first things first. The next three habits are about public victory: 4) think win-win, 5) seek first to understand, then to be understood, and 6) synergise. The seventh and final one is the habit of self-renewal that he calls 7) sharpening the saw. For this column, I want to focus on the fourth habit, think win-win, which lies at the base of all interdependent situations.

According to Stephen R Covey, “Win-win is a frame of mind and heart that constantly seeks mutual benefit in all human interactions. Win-win means that agreements or solutions are mutually beneficial, mutually satisfying. With a win-win solution, all parties feel good about the decision and feel committed to the action plan. Win-win sees life as a cooperative, not competitive arena. Most people tend to think in terms of dichotomies: strong or weak, hardball or softball, win or lose. But that kind of thinking is fundamentally flawed. It is based on power and position rather than on principle. Win-win is based on the paradigm that there is plenty for everybody, that one person’s success is not achieved at the expense or exclusion of the success of others. Win-win is a belief in the Third Alternative. It’s not your way or my way. It’s a better way, a higher way.”

During his first foreign visit to China since assuming office, Prime Minister Nawaz Sharif’s main focus was strengthening economic ties with Beijing. China’s interest in developing a trade and energy corridor through Pakistan to serve its western provinces is well known. Pakistan and China signed eight memoranda and agreements, which included a commitment to build rail and road links between Gwadar Port in Balochistan and Kashgar in the Xinjiang province of China. It all sounds very good until one considers the situation in Balochistan through which the proposed rail and road shall pass.

Balochistan is in the grip of a violent conflict since the mid-2000s, triggered by the rape of Dr Shazia Khalid on the facilities of Pakistan Petroleum Limited in Sui where she was employed, allegedly by an army captain. Feeling outraged by the violation of the strict tribal code, in which rape is one of the most heinous crimes, the Bugti tribesmen started protesting. When the government responded with force instead of punishing the culprit, the protests transformed into a full blown insurgency.

Balochistan is the least developed province of Pakistan, but covers almost 44 percent of the country’s landmass and has vast mineral resources. Until recently, Balochistan produced more than 40 percent of Pakistan’s primary energy, i.e. natural gas and coal. The poverty-stricken, largely uneducated, sparse population constitutes roughly seven percent of the total population of Pakistan, and has been easily sidelined by the majority. The expropriation of its resources by the federal authorities, marginalisation of its people in the decision making process over projects undertaken in the province, and a perception of colonisation by Punjab through military garrisons are the underlying causes of its grievances.

In one of his lectures, Covey explains this habit, “Think win-win is a habit of mutual benefit. It is a habit of abundance. Most people have never had profound experiences with win-win people. They don’t really believe there is such a thing as win-win.” Therefore, “When two win-lose people get together — that is, when two determined, stubborn, ego-invested individuals interact — result will be lose-lose. Both will lose. Both will become vindictive and want to ‘get back’ or ‘get even,’ blind to the fact that murder is suicide, that revenge is a two-edged sword.” He says, “I know of a divorce in which the husband was directed by the court to sell the assets and turn over half the proceeds to the ex-wife. In compliance, he sold a car worth over $ 10,000 for $ 50 and gave $ 25 to the wife. When the wife protested, the court clerk checked on the situation and discovered that the husband was proceeding in the same manner systematically through all of the assets.”

Balochistan’s wealth is abundant; it can enrich entire Pakistan. According to the golden rule of win-win, both the Baloch and the federal authorities stand to gain if they cooperate. However, instead of trying to understand the grievances of the Baloch and addressing them, successive governments have responded with aggression. After the killing of Nawaz Akbar Bugti in a military operation in 2006, the Baloch youth took up arms against the Centre. They have become radicalised and are acting on an exclusionary agenda. The state, for its part, is acting on a policy of enforced disappearances and killing and dumping suspected Baloch activists. Both sides are following a win-lose formula.

“Some people become so centred on an enemy, so totally obsessed with the behaviour of another person that they become blind to everything except their desire for that person to lose, even if it means losing themselves. Lose-lose is the philosophy of adversarial conflict, the philosophy of war.”

If we continue the current policies in Balochistan, it is hard to see how we can implement the vision of economic success without literally digging the graves of thousands of our fellow citizens who are resisting imposition of decisions from above and want a fair share in development, decision making and proceeds. We should earnestly reflect whether we want to create riches by killing the Baloch, whose land we want to exploit for this purpose.

“To think win-win comes from the principle of abundance, not scarcity, meaning that the pie gets larger and larger and larger, because through the interaction on a win-win basis, a transformation begins to take place in our natures to where we tap into more creativity, more resourcefulness, more ingenuity, more wisdom, more intelligence, deeper and deeper into the bowels of the organisation. We see the problem differently, we define it differently. We come up with new alternatives that do tap into abundance instead of the ones we’ve been considering that only was based upon scarcity. So that deeper in our marriage, our family life and our organisations, this kind of win-win spirit can eventually bring about synergy, so that the whole is truly greater than the sum of the parts.”

The reins of power are in the hands of politicians who know the art of crafting win-win solutions better than the generals. If political parties can agree on the 18th and 19th amendments, there is no reason why they cannot effect a paradigm shift in thinking about Balochistan. Now that a nationalist leader is at the helm of affairs in Balochistan, it is hoped that the federal government would extend full support to him in creating an enabling environment for initiating a dialogue with the insurgents. Otherwise, it would be lose-lose for both the federal authorities and Baloch separatists. (Courtesy: Daily Times)

The writer is a freelance journalist based in Washington, DC. She tweets at @ishrats and can be reached at isaleem@syr.edu

Republished in The Balochistan Point on July 14, 2013