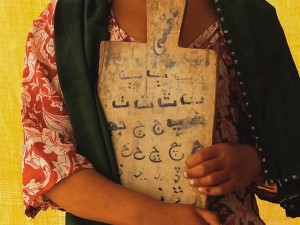 According to the media reports over 600 schools setup under a presidential ordinance in Balochistan have been closed and services of 684 teachers terminated. Under the ordinance, National Commission for Human Development (NCHD) was established in 2002 which setup 615 schools and hired 684 teachers in Balochistan to educate over 4,600 students in those schools.

The NCHD extended cooperation to the provincial education department for enrolment of students and quality education and 684 feeder teachers hired under the programme were discharging their duties on a meager salary of Rs1, 500 per month. After 18th Amendment, the NCHD programme was transferred to provinces as part of giving autonomy to them. The teachers under the NCHD program were posted in those government schools where there teachers were required. The program organizers in Balochistan claim that NCHD scheme showered better results and brought down the dropout rate during 2003-06 and more children were enrolled in the schools.

In the last PPP government of Balochistan, efforts were made and a summery was sent to authorities to regularize the service of the teachers hired by the NCHD. However, no action was taken on the summary and the services of these teachers were terminated.

The present coalition government and Chief Minister of Balochistan seem to be eager for educational development, however, termination of 684 teachers and closing over 600 schools go against their claims. Despite the fact, that much amount has been allocated in the budget for the financial year 2013-14.The funds allocation for education sector has been increased from 4.22 per cent to 23.13 per cent.

The government before closing the NCHD schools and terminating teachers should have conducted an evaluation process since according to the statement of the implementing organization there has been much improvement and owing to hard work of NCHD, the dropout in the schools was decreased.

It seems decision of closing schools and termination of teachers was taken hastily.  Still there is time and government with the support of reputed consultants can conduct an evaluation process to know the outcomes, success stories and failure of this scheme, then in the light of this evaluation report it can take any decision. Otherwise it will always be blamed for shallow stance and its   anti educational policies.