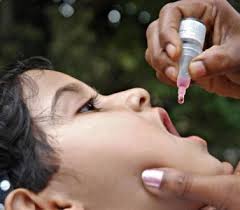 He asked that parents to ensure vaccinating their children from various diseases, adding that government was also taking earnest steps to eradicate Hepatitis which had turned to be a killer disease in the province.

Addressing to a consultative meeting regarding immunization here on Tuesday he said that in order to eliminate lethal diseases the concerned officials of Extended Programme on Immunization (EPI) would have to come up with healthy results.

Meeting was informed that only 16 per cent children in the province have access to immunization and the dearth of resources is the main hurdle for low percentage.

Chief Minister regretted over low ratio of immunization and said that the infant mortality rate had increased at an alarming level though government was making every possible effort and utilizing resources to curtail it. Therefore, he said that EPI officials should have to expedite their efforts to save lives of children.

Lauding the participation of secretaries and MPAs in polio immunization campaign he said it would yield fruitful results and stressed for creating awareness among the masses about polio.

Chief Minister regretted that even in the 21st century children were deprived of proper treatment and unawareness among parents about immunization a large number of children did not survive.

He said that Hepatitis was fast spreading in Balochistan which had turned to be a killer disease for the people in the province, thus all necessary steps should be taken for its eradication.

Published in The Balochistan Point On September 30, 2014

2014-09-30
admin
Previous: Foreign countries not allowed to establish consulates in Balochistan
Next: 2 persons killed in a hand grenade attack in Quetta