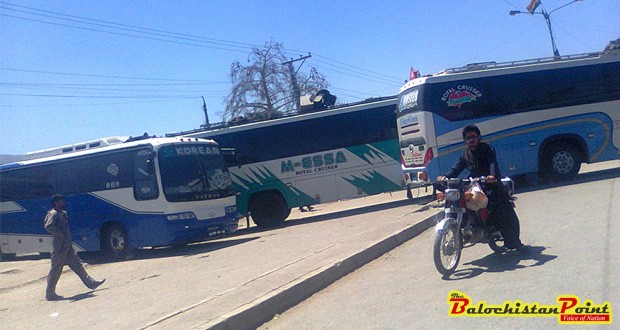 Transporters in Quetta are holding strike against the shifting Bus stands to Hazar Ganji. If we analyze this decision of government, it is completely inconvenient for transporter as well as passenger. As a matter of fact, security situation in Hazar Gunji is very dangerous. It’s not safe to travel in that area after evening. Shifting bus stand there will cause a great deal of misery to passengers.

Apart from that Hazar Gunji is 20 Kilometre away from Quetta city and it will increase the travelling expenditures of as passengers. Poor people coming from length and breadth of Balochistan would have to pay huge amount of fare to reach Quetta city from Hazar Gunji which is totally unacceptable.