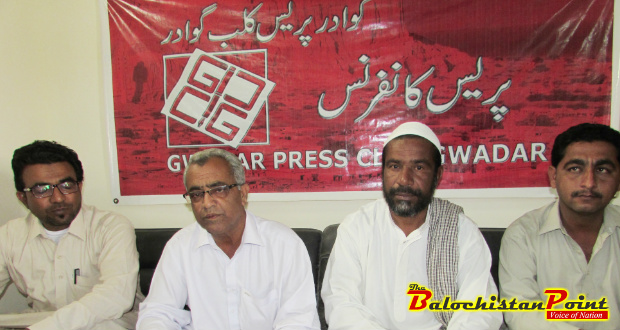 Gwadar: 100 Water Tankers per Day Can Solve Crisis for Time Being

Gwadar : Committee to counter the striking issue of water crisis in the port city and the surrounding areas has condemned the action of local councilors, in a press conference, this Saturday for their double standards during severe catastrophic situation.

“During a local government session last week Chairman Municipal Committee Gwadar formulated a committee to support the Public Health and Engineering Department in solving the issue for the time being. The session was adjourned with the decision that per day 100 tankers will be provided to the affected areas with the funds provided by the provincial government but yet not even 50 tankers have been arranged.” Senior Journalist and member of the committee Ismail Baloch said.

According to members of the committee, the biggest reason of not being able to provide water through tankers in the area is because tanker mafias have raised the amount per tanker to Rs. 9,000-10,000 where as Public Health Engineering Department for Water Supply and a few members of local government have rejected the price declared by the tanker mafia saying that it is too high and unfair per tanker.

“On the other hand a few councilors who perhaps have some kind of dealings with tanker mafia, have completely decided to stick with high amount per tanker. At one end local councilors claim to solve the issue but on the other hand they support the tanker mafia for unfair charges, as a result the tackled public has to deal with catastrophic situation after being deprived of a very basic right “water” for more than a week now in a so-called port city,” addressing the journalists, the committee members further explained.

The committee members assured that 100 tankers per day can counter the issue for time being but if only the councilors prioritize public needs over their self interests.  Rs. 9,000 per tanker is a fair price hence the tanker mafia and the councilors should end the dispute for the benefit of the deprived public of Gwadar.

Published in The Balochistan Point on December 20, 2015