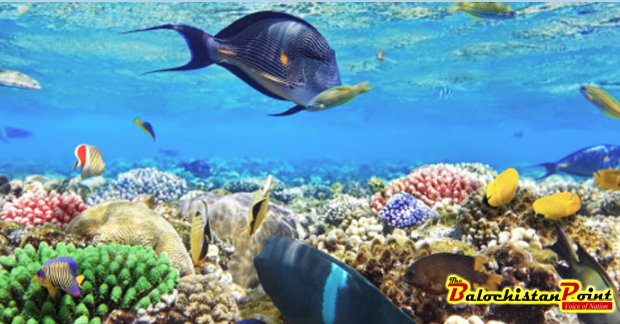 Gwadar port: A future threat to marine life and fish industry of Balochistan

According to government officials the port will encircle 2,282 acre free trade zone, the zone is expected to employ approximately 40,000 peoples with possibility for future expansion, the zone will include manufacturing zone, logistics, hubs, ware houses and display centre which will increase human activities, improve socioeconomic conditions and bring prosperity to province and country as well.

That all were the pros of the nascent Gwadar port but the cons are hush up by the government as cons are cacophonous to them, Gwadar port has its cons and threats to marine life of Balochistan as retrospectively ports were always remained notorious among the marine life because ports were caused an increase in human activities which in turn, caused a great threat and damage to marine life as we have seen around the world and the nearby Karachi port which in terms of human activities has  caused aggravated havoc to marine life within the shell of Karachi  port specifically.

Karachi with a population of 22 million peoples, six industrial zones and 10,000 industrial units produces up to 12000 tons of solid wastes and 500 million gallons per day of waste water almost all of which ends up in the sea polluting and damaging marine life to a greater extent.

Beside this other factors such as shipping, over fishing, coastal development, tourism and Industrialization and other factors have severally effected the marine life along with the Karachi port and port is considered as world’ s most polluted port.

Now with the development of Gwadar port the same perils the marine life of Gwadar is going to face, here we will briefly eliminate the threats due to Gwadar port in the cloak of human activities.

Now with the development of Gwadar port the same perils the marine life of Gwadar is going to face, here we will briefly eliminate the threats due to Gwadar port in the cloak of human activities.

Around the world 90% of all trades between countries is carried by ships and due to shipping release of oils through accidental spills and operational discharge, dumping of wastes and other physical damage occurs which threatens natural habitats around the nucleus of the ports, near shipping routes, sea meadows, wetlands and coral reefs which are recognised as fundamental elements of a country’s natural environment.

In future, shipping will increase in Gwadar and hundreds of heavy ships with 200,000 dead weight tonnage will pay welcome visits daily but above all hazards will never be welcomed by the holy souls of Gwadar`s maritime.

As Gwadar is emerging as an economical hub and population will also increase according to officials the Gwadar is going to womb more than ten million in the future, so the increase in population causes an increase in fish exploitation which means increase in overfishing which is a mayhem to marine life, as 90% of world fisheries is over fished and competition among food companies will intensified the fish exploitation or overfished and according to recent media reports 100 heavy trawlers were given the fishing license in the waters of Balochistan. It is seriously a devastating menace to marine life because due to overfishing important macroscopic changes observed in many ecosystem like  North Sea, Grand banks of Newfoundland  and East China sea, in these location overfishing has not only proved disastrous to fish stocks but also the fishing communities rely on the harvest.

Coastal development and tourism is another major torment to marine life caused by human activities as 80% of the world tourism occurs in coastal areas and world’s 60% population lives within 60 km of coastal sphere. Mangrove forests and sea grasses, meadows and other marine ecosystem have been removed to create open beaches, hotels, airports, marinas, resorts, golf courses as the Mediterranean sea one of the world’s leading tourist destination has lost its ecological assets due to massive tourism so ecosystem or ecological assets of Gwadar will face the same jeopardy and the ecological assets can lose their jewellery due to coastal development and tourism.

Nearly 700 species of marine animals have been recorded as having encountered by manmade debris such as plastics and glasses, human activities cause a massive 5.25 trillion pieces of plastic debris annually and in future the estimated population of 10 million city can produce about 6000 to 7000 tons of wastes per day beside waste water  which is quite harmful to marine bodies.

such infectious and mercenary mal human activities should be checked and premature steps should be taken as it is indispensable to cease the possible threats to marine life because two fish species banded eagle ray and big eye tuna are already declared as endanger and 34 other marine fishes were declared as threatened by IUCN.