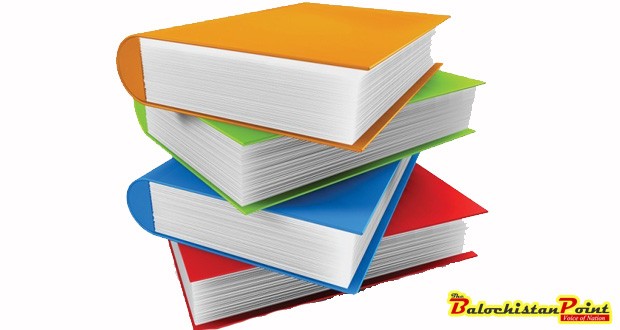 The Annual Book Fair of Gwadar will be held in Rural Community Development Council Building Gwadar (RCDC)from 11th to 14th of February 2016.

Intended to expand the educational, cultural, artistic and literary horizon, the fair will bring together intellectuals and like-minded people from around the country to inspire the attendees from diverse vicinities .

RCDC is a social welfare organization established in 1961, since then it has been working for social equality, raising awareness in rural communities and providing educational and training opportunities for the youth and children of the previously remote and underprivileged district of Gwadar.

The idea of an educational fair emerged in 2014, when for the first time ever RCDC organized a book fair in the month of January. Whilst Gwadar stands at the bottom of ladder in Makran division, as far as literacy rate is concerned, there was an extreme need of a platform to develop an educational paradigm shift for the harbor community.

Attended by hundreds of people in the first year, RCDC experienced a huge success for the book fair where hundreds of books were sold within three days; something hardly witness in the history of Gwadar.

Intended to expand the educational, cultural, artistic and literary horizon, the fair will bring together intellectuals and like-minded people from around the country to inspire the attendees from diverse vicinities .

In the following year, RCDC continued its legacy and organized their second book fair that proved to be yet larger success. Various legendry figures of Balochi literature were invited to discuss literature and arts, raising awareness amongst the youngsters, children and specially the women who are often denied access to such opportunities.

To illustrate the expected changes and development in the coastal region of Makran with the megaprojects, the Chairman Gwadar Port Authority (GPA), Former Federal Minister Zobaida Jalal and the well-known journalist Wasatullah Khan will address the attendees.

Hosting an arts exhibition, RCDC will also organize a speech competition among the school students of Gwadar mainly focusing the literary art of the legendry Baloch poet “Attashad”. On the other hand a number of new books will also be launched during the three day book fair.

Mariyam is Staff Reporter at The Balochistan Point. She mostly writes about Balochi literature as well as social issues and human rights issues in Balochistan, She blogs at mariyamanalblog.blogspot.com

Published in The Balochistan Point on February 10, 2016

2016-02-10
admin
Previous: On Job Teachers’ Documents Verification is condemnable: GTA Balochistan
Next: GSP Plus is an opportunity for Balochistan to Enhance Trade Base and to Improve Human Rights Record