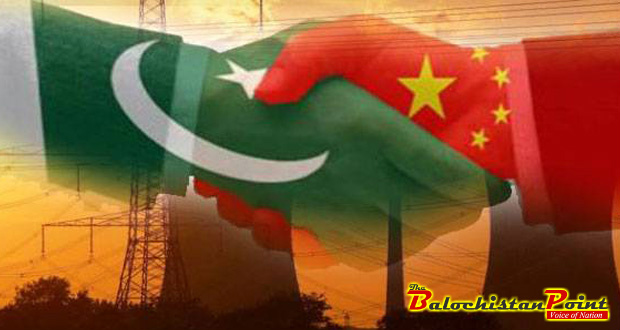 History of Sino-Pak Friendship and Gwadar

Pakistan was the one of the first Muslim countries who recognized the newly formed government of China in January 1950. China and Pakistan both established their first formal diplomatic relations in 1951. This opened a new chapter of bilateral relations of friendship, but in 1961, relations were further strengthened when Pakistan voted and supported the Chinese government to avail seat in UN.

The Bandung Conference in April 1955 provided a platform for Pakistani Prime Minister Muhammad Ali Bogra and Chinese premier Zhou Enlai to negotiate bilateral relations between them. Following their meeting at Bandung, Chinese premier Enlai visited Pakistan in December 1951 led to further development of mutual understating. The joint communiqué publically announced that our different ideologies and views should not harm the strengthening bound between two states.

November 1959, Pakistan initially approached China proposing negotiations for the demarcation of the border between two states. Chinese response was much reasonable. At the beginning of 1963, Beijing and Karachi finally came up with a mutual agreement of border demarcation just few days before the Sino-Indo conflict. Afterwards, many leaders from both side kept on making ties with one another. Particularly in 1996, Chinese President Jiang Zemin visited to Pakistan which was a new step of deep and comprehensive friendship. Following to this in 2005, both Pakistan and China signed a landmark Treaty of Friendship and Co-operation. Pakistan and China signed trade agreement in 1963. Both countries are keen in strengthening the economic ties between them and have objective to boost their economy, building infrastructure, development in hydropower sector, telecommunication, mining, cooperation in industrial and agriculture sector, financial assist and mutual trade.

Currently Pakistan has two main operating international sea ports: Karachi Port and Bin Qasim.  Karachi port is one of the most important and handles about 75% of entire national trade. Bin Qasim is Pakistan’s first industrial and multi-purpose sea port, located at a distance of 50km South-East of Karachi. Gwadar Port will be the third port of Pakistan which is still under-construction. Gwadar is situated on the shores of the Arabian Sea in the western province of Baluchistan.

In nineteenth century, an anachronism step was taken by Khan of Kalat, when he gave the Gwadar territory to the Sultan of Oman. Pakistan sought its return through peaceful and friendly negotiation. In 1958, an agreement was finalized by emperor of Oman in which he ceded the Gwadar to Pakistani government. Besides payment, Pakistan agreed to allow the Oman government for the continued recruitment of local Gwadar personnel. The peaceful and friendly agreement ensured the brotherhood relations between Pakistan and Oman as well as continued benefits of opportunities in Oman for the Baloch people.

Most beneficial feature of Gwadar port is: it has an advantage of deep and warm water coast, situated at a junction of different regions. Gwadar is a linking point to the oil rich countries of Middle East, Strait of Hormuz, Persian Gulf and link between East and West. Gwadar is declared as a Duty Free and Free Economic Zone by the Pakistani government. Gwadar is situated at a geostrategic location where it can potentially be a regional hub of economic and trade activities. It also gives an easy and shortest access to Central Asian States, China, Russia and Afghanistan. It can change the strategic environment and economy of the regional political countries especially Pakistan. Ultimately operative Gwadar port can change the domestic, economic and foreign policies of Pakistan.

China is investing in different regions of Balochistan, Siandak gold-copper mining project, located in Chagai district is monitored by China. Geostrategic location of Gwadar and its potential benefits have attracted the Chinese to invest there. In May 1999, China offered for the construction of Gwadar Port financially and technically assistance, before that Benazir’s regime in 1995 approved the construction of port till the end of 1995 but the project remained a dream for federal government due to the shortage of funds. May 2001, President Musharraf personally took the matter to the Chinese Prime Minister Zhu Rongji in which China agreed to help Pakistan for the implementation of mega project. First phase of Gwadar port is now completed and handed over to China Overseas Port Holding Company (COPHC) for management and access to Arabian Sea for 40 years lease, prior to this from 2007-2013 Port of Singapore Authority (PSA) was hired for the management.

China-Pakistan Economic Corridor is an under-construction mega project between Pakistan and China. The name “Corridor” suggests a passage or a gateway that connects two states through Khunjerab. This idea was first proposed by the Chinese premier Le Keqiang during his visit to Pakistan in May 2013, since then idea was much supported by Chinese Prime Minister Xi Jinping, former Pakistan President Asif Zardari and Prime Minister Nawaz Sharif. CPEC project starts from the Kashger to Gwader.

CPEC MoU was signed in May 2013 and estimated investment is around $ 45.6 billion. This project include firstly the construction of roads and highways, secondly railway track and lastly oil-pipe line. This project is a maritime silk route for China to export commodities and import oil from Middle East. Gwadar provides China easy and shortest access for China to connect with Indian Ocean at just 2000 km by maximizing the 12,000 km long distance of Shanghai port to Indian Ocean and Persian Gulf via Malacca Strait.  CPEC would be the defining factor for Sino-Pak relationship in years to come.

Note: This article is a part of a research titled China-Pakistan Economic Corridor.

Author is an M.Phil Peace & Conflict Student at National Defense University, Islamabad. He can be reached at: 6beret@gmail.com. Follow him on twitter: @jmsd_mir

Published in The Balochistan Point on October 18, 2015