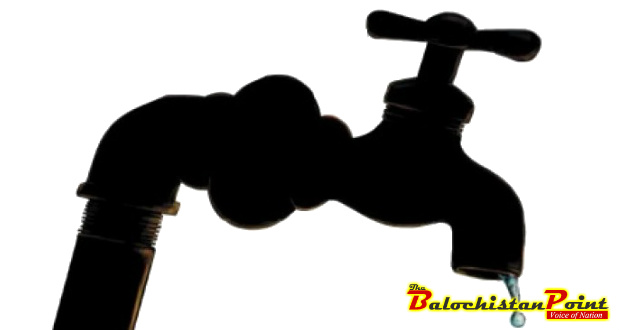 China-Pakistan Economic Corridor (CPEC) is touted as a game changer for the entire region. Federal government claims that it would usher in a new era of prosperity for the country and Balochistan would be the biggest beneficiary. Gwadar, the CPEC’s raison d’etre, was also supposed to reap the benefits of the $46 billion projects. Instead, Gwadar is all set for a drinking water crisis in the next few months.

Water scarcity is normal in Gwadar especially when there’s less rainfall. When Akra Kaur runs out of water, the locals have no choice but to rely on the water tanker mafia. Tankers bring water from Belar Dam, which is situated at a distance of 85 kilometers from Gwadar city. Poor people of Gwadar are compelled to pay as much as Rs. 5,000 per tanker.

Gwadar is a small town with a population of not more than 200,000. As per estimates the daily water requirement of Gwadar is just 3.5 million gallons. Daily water requirement for Karachi is over 1,000 million gallons. This means that water demand for Gwadar can easily be arranged if concrete steps are taken by both provincial and federal government. However, this has not been the case.

Government has no plan to deal with the water scarcity, reflecting the lack of interest of federal government in improving the living standards of people of Gwadar by at least providing them with a secure supply of water. No funds were allocated for water drinking problems of Gwadar in agreements signed under CPEC. This is enough to prove the claims of Gwadar of residents true that the CPEC doesn’t offer them anything.

Under pressure from the people of Gwadar, the Balochistan government came up with its own solution for the water crisis. It commissioned the construction of a desalination plant in Gwadar. This plant would convert sea water into drinkable water. The desalination plant has a capacity of supplying 2 million gallons of water as opposed to the daily demand of Gwadar city, which stands at 3.5 million gallons. Initially the budgeted cost for their desalination plant was Rs. 600 million. However, the cost was revised many times and so far the total costs incurred on this project has reached Rs. 980 million. Some sources claim that a further Rs. 100 million is required to make this desalination plant functional.

Establishing a desalination plant is not a good idea to tackle the water crisis for various reasons. First of all, it’s very expensive in terms of initial investment, especially considering that hasn’t been able to completely satisfy the water needs of Gwadar. The second reason is that its running expenses are too much to bear for the Balochistan government. Reportedly, Rs. 2 million is required as daily expenses to run this desalination plant. This means that almost Rs. 730 million is required to run this plant on an annual basis. Given the current state of Balochistan’s fiscal management, it would be really hard to allocate such huge amount of funds for this project on a routine basis.

In this context, there are serious question marks on why Balochistan government went for a desalination plant, which is a very expensive and unsustainable solution. There are allegations that kickbacks received in the establishment of the plant and expected kickbacks during its running on daily basis were the main reasons.

Moreover, the best way to solve the water scarcity crisis of Gwadar is to use water from Mirani Dam. This dam was established during the period of Pervez Musharraf to provide water to Gwadar. Today, Mirani Dam provides water to few villages in Dasht and there is plenty of extra water in it that can be supplied to people of Gwadar. Mirani Dam is situated at a distance of 150 kilometers from Gwadar city, but this distance should not be an issue as it would be a one-time investment in installing a pipeline from Mirani dam to Gwadar city. This proposed solution can solve the water crisis in Gwadar on a permanent basis. However, it would also close the doors for kickbacks from desalination project. And that’s why Balochistan government would most probably avoid it.

Socio-economic prosperity in Gwadar is a pre-requisite for the success of CPEC. All the dreams would be shattered if there is no significant improvement in lives of the locals. Balochistan government is criminally silent on the plight of Gwadar. It’s the duty of the provincial government to ensure that substantial amount of resources acquired from CPEC agreements are spent on the socio-economic development of Gwadar. Solving the water scarcity issue on a permanent basis is the litmus test for what CPEC has to offer to the people of Balochistan in general, and Gwadar in particular.

Republished in The Balochistan Point on October 19, 2015