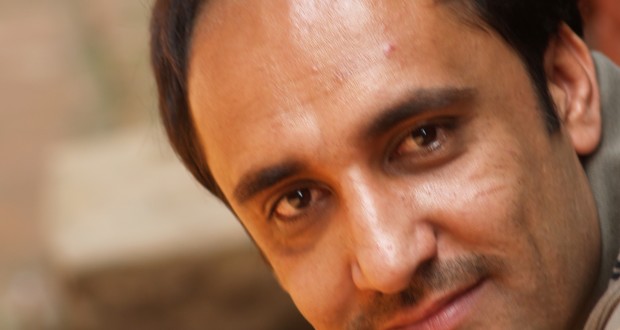 Climatic change and long drought not only dashed the dreams of Dad Muhammad but also inflicted an irreparable financial losses on him when his lush green apple garden starching over 80-acres, in Dasht area of Mastung district of Balochistan, dried before his very eyes.

Dad Muhammad, 75, a resident of Nushki district always got dejected whenever he passed through the Dasht area where he had planted over 3,000 apple trees irrigated by tubewells. He paid special attention to his apple garden but after eight years when the trees began producing fruits, the sub-soil water dropped to an alarming level.

“We dug over 13 tubewells during 8 year period and the water level kept dropping and at one stage we became completely helpless when even after digging 1200-feet tubwell could not find water, ultimately the trees got dried in increasing temperature and we had no other option but to cut them down,” he recalls.

Dad Muhammad is still working hard to recover his losses concentrating more on business instead of agricultural sector.
Like Dad Muhammad hundreds of farmers who made investment and planted apple gardens met the same fate when Balochistan and its neighboring countries Iran and Afghanistan faced a famine like situation due to lack of rain in the region.
The draught that hit Balochistan from 1997 to 2003 is said to be one of the worst in the history of the province which destroyed fruits garden particularly that of apple in Mastung, Kalat, Ziarat, Muslim Bagh, Zhob, Loralai and other areas.

A research conducted by Agriculture Department of Balochistan two years back shows over 60 per cent reduction has been noticed in apple other fruits and dry fruits from different parts of Balochistan.

“In the last decade of 1990 and onward the drought destroyed gardens of apple, cherry, apricot and other fruits in several districts of Balochistan forcing farmers to cut down the dried trees,” says Saeed Ahmed Agricultural officer, adding that during the last couple of decades draught and erratic rains the apple trees suffered a lot since they need more water and cool climate as compared to other trees.

Malik Muhammad Paana, an agriculturist, says no doubt the drought badly affected apple and other fruit gardens but in the past two decades extra-ordinary variation was observed in temperature patterns. (Courtesy:  The Nation)

Republished  In the Balochistan Point  on December 30, 2013