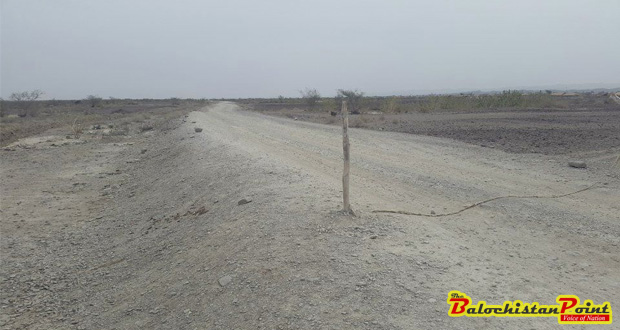 How A Road Destroyed Economy Of Awaran

This road connected Turbat, Mand, Buleda, Hoshab, Josak, dander and bedrang towns with Karachi via Awaran. Turbat road was not an Asphalt road but despite that transporters of Turbat and adjoining areas used it for travelling to Karachi and Quetta. Stretching 278 Kilometers from Awaran to Turbat, when this road was damaged in monsoon rains Building and Roads (B&R) departments of both Awaran and Turbat districts carried out the repair work.

Non-air conditioned buses and Goods carrying vehicles transported passenger and items of daily usage from Karachi to Turbat. People living in Lasbela to Awaran depended upon “Turbat road” for their livelihood. Along this road several restaurants, tea stalls, puncture shops and vehicle repair shops were found which provided all the necessary goods and services to passengers and transporters travelling on this road. This road was the only source of livelihood for all the people that worked in shops and restaurants that were situated on this road. In addition to that, people living adjacent to this road used to get different items of daily usage on affordable rates and Iranian oil reaching through this road had changed fortunes of many local traders. 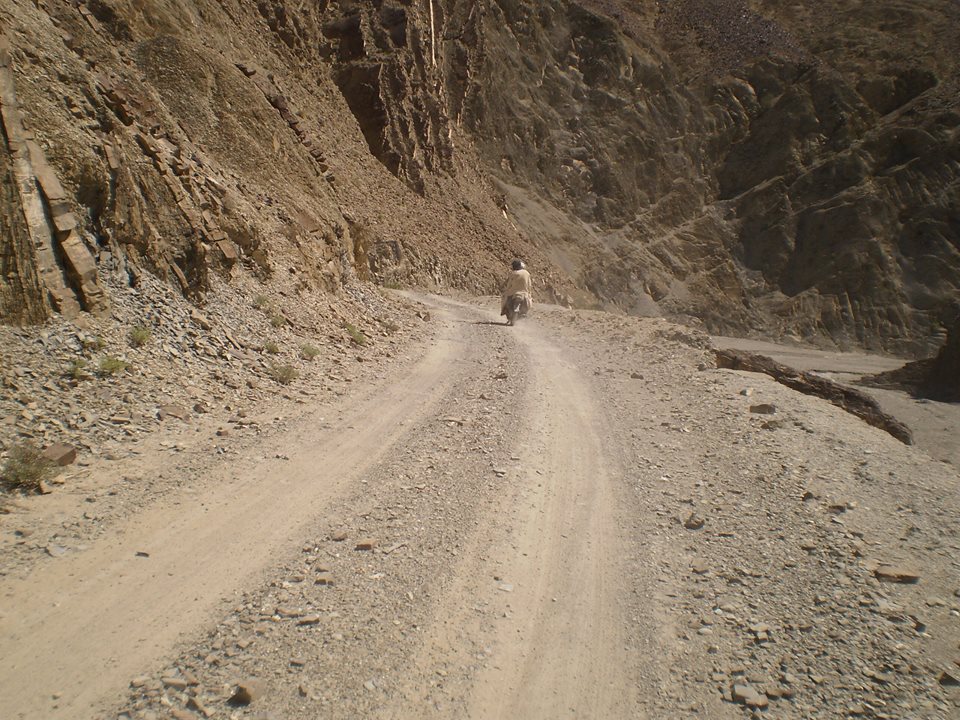 During the regime of President Pervez Musharraf new road projects were approved for Makran region.  Two main roads projects were coastal highway and improvement work on Awaran-Lasbela road. Coastal Highway connects Karachi with Gwadar and work on the project started in 2001 and completed in just two years. After completion of this road people of Turbat were completely disconnected from Awaran as they now used the coastal highway instead of Turbat Road to travel to Karachi.

Lasbela to Awaran road was built but the Turbat Road was not upgraded to an asphalt road. This provided the transporters with the excuse of avoid traveling from this road on the pretext of its poor condition. All the shops, restaurants and stalls situated on Turbat road lost their customers and all people working in them lost their source of livelihood. With the passage of time all the commercial centers located on Turbat road turned into ruins and the landscape of the region entirely changed.

Moula Baksh, a resident of Gishkor town of Awaran, used to run a restaurant on Turbat road. He recounts that his restaurant did very well from 1985 to 2003. “I used to earn Rupees 25,000 to 30,000 a day and I employed 15 people,” Mr. Baksh told The Balochistan Point. After construction of coastal highway Moula Baksh had to close down his restaurant and he along with 15 other people lost their only source of livelihood.

Abdul Samad, a farmer based in Gishkor town told The Balochistan Point that “When Turbat Road was functional farmers of Awaran could get oil on cheap prices and could also transport their agriculture goods with ease.” He added, “Coastal Highway has ruined agriculture in Awaran and now oil is available at four times higher rates.”

Mir Abdul Rasheed, a notable of Awaran alleges that coastal highway project was deliberately used to destroy the economy of Awaran. He maintains that 635 kilometer long coastal highway only benefits human settlement in Pasni and Ormara, whereas Turbat road benefitted hundreds of thousands of people. “If Turbat Road had been upgraded during Musharraf’s regime then today fate of Awaran would have been totally different,” Lamented Mr. Rasheed while talking to The Balochistan Point.

Awaran of 2015 is totally different from the Awaran of 2003. In past horns of traffic flowing 24 hours a day didn’t let people sleep and now, according to residents, there are hardly 10 to 15 vehicles using the Turbat road. Deserted roads present a frightening picture for any stranger to the town of Awaran. Construction of coastal highway rendered Turbat road non-functional and snatched the primary source of livelihood from the people of Awaran. According to sources, this provided a conducive environment for people of Awaran to pickup weapons and take part in the ongoing insurgency in Balochistan. As a result, Awaran is currently the one of thr most disturbed districts from insurgency in Balochistan.

On 23rd September 2013, a devastating earthquake flattened Awaran and resulted in deaths of 500 people and over 200,000 people were rendered homeless. This earthquake further exacerbated the economic plight of Awaran that had its roots in construction of Coastal highway.

People of Awaran, while talking to The Balochistan Point, demanded from government that Asphalt roads connecting Awaran with Turbat and Karachi should be constructed on priority basis.

Published in The Balochistan Point on June 4, 2015