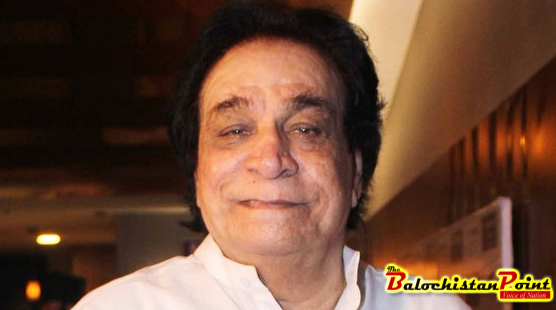 Let us look at the story of a migrant from Balochistan who came to Mumbai as a child and went on to become one of Bollywood’s most loved personalities: actor and dialogue writer Kader Khan
“My mother was from Quetta in Balochistan. My father was from Kandahar. Officially I was born in Kabul but some of my relatives say that I was actually born in Quetta,” Khan said in an interview some years ago.

Though a Pashtun, Khan’s maternal family hails from Pishin in Balochistan. Situated 55 km north of Quetta, Pishin is part of Balochistan’s Pashtun belt. In fact the district is said to have the largest concentration of Pashtun tribes in the province.

Like his place of birth, Khan’s exact date of birth isn’t known either. “I was told that I was born when Sohrab Modi’s Pukar was released. Many years later, I asked Sohrab Modi the release date of the film, and he told me that it was October 1939. I would always remain grateful to him for telling me, as that is how I found out when exactly I was born,” Khan said at a function.

Recalling the tragic circumstances that led up to his family’s migration to Mumbai, Khan said, “Life was very difficult there (in Quetta and Kabul, where Khan’s family lived). My parents had four sons before me. All of them reached the age of eight and died one after the other. And then, I was born. It was very tough for my parents,” he said in an interview.

“My mother was traumatised and she was afraid I would not survive there. My parents then decided to come to Mumbai. With me – a tiny, lifeless infant in their arms – they came all the way, thousands of kilometres away, to Mumbai,” Khan said.

This piece was regionally published in Catch News (http://www.catchnews.com ).  It is being republished for the readers of Balochistan Point with some editing.

Published in The Balochistan Point on August 19, 2016