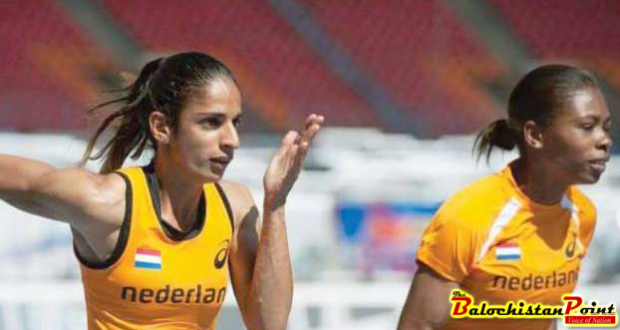 Rio 2016 Olympics opening ceremony begins on August 5th, 2016 in Brazil. The matches of this big event are being held in Rio de Janeiro which is the second biggest city of Bazil. On this big event 207 nations are participating and there are 11,551 Athletes. As well there are 306 events in 28 sports.

According to the media reports three young Baloch girls are participating in Rio Olympics 2016.
Madiha Ghafoor who originally belongs to Layari and now she is representing Netherland on Athletics games. She is the niece of late nationalist leader Lal Bakhsh Rind.

In addition the other Baloch girl is Ayesha Al-Balushi who is representing the United Arab Emirate (UAE) on the current event in Brazil. She is participating in weight lifting games. She was born in UAE. She is one of those seven athletics who participated in Uzbekistan Championship.

The third Baloch girl is Warah Al-Balushi who is participating in shooting games. She is representing Oman. She was born in Oman in 1989.

Published in The Balochistan Point on August 19, 2016

2016-08-19
admin
Previous: How an infant from Balochistan became one of India’s most loved actors
Next: The effects of drought 2005 on Baluchistan