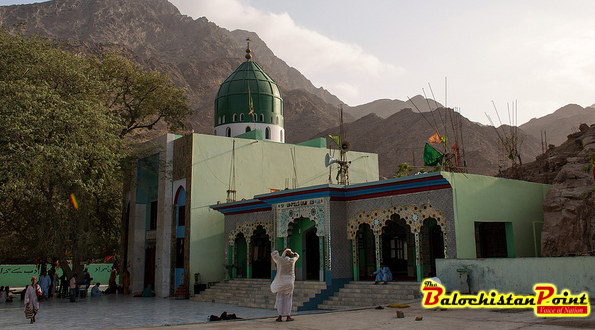 Hub: 62 killed, 95 injured in an explosion at the Shah Norani Shrine

Hub: At least 62 people were killed and more than 95 have been injured in a huge blast in the premises of the Shah Noorani shrine in Khuzdar district on Saturday evening.

Sources told that explosion has resulted death of 62 people who include women and children. More than 500 people were in the shrine at the time of blast.

According to eyewitnesses, the blast took place during Dhamal (a traditional folk dance) inside the shrine which is frequented by large numbers of devotees on a daily basis.

Rescue teams and Security forces have reached the spot of the incident.

In-charge Edhi Foundation Lasbella Hakeem Lassi told media “The injured are being shifted to a hospital for medical treatment. “The ambulances of Edhi foundation reached the blast site and rescue efforts were in progress.” He informed.

Talking to the Balochistn point a local journalist said, “Shah Noorani Shrine is located some 150 km away from Hub city of Balochistan and 200 km from Kalrachi and there is no mobile network to easily contact with rescue teams or other volunteers.”

The critical incident occurred a day after the law enforcement agencies killed commander of a banned outfit during an action in Hub area.

No group has claimed responsibility of the blast.

Published in The Balochistan Point on November 12, 2016