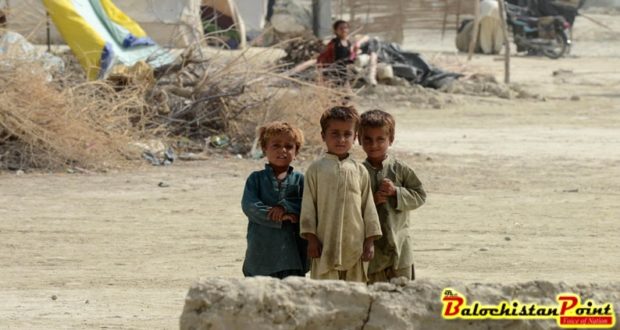 Recently, Chinese government revealed the number of higher education scholarships allocated for the youth of Balochistan which is around 7,000 annually. However, among currently enrolled 25,000 students in Chinese universities, less than 200 students are from Balochistan.

The Chinese authorities shared this data with the delegation of tribal leaders during their visit to China. Former member Balochistan Assembly and Minister, Jaffar Khan Mandokhail who led the delegation disclosed the facts with media persons.

“Since Balochistan has a greater contribution in China Pakistan Economic Corridor (CPEC), these scholarships are part of the initiative for social development of the region”, Jaffar Khan Mandokhail told Balochistan Review. However, he added, “Balochistan is completely ignored in this mega project whether the opportunities are in the field of education or in other development grounds. The federal government has recommended thousands of students from other provinces on the same scholarship opportunities,” he added.

The inadequate proposition of scholarships is just one reality that confirms unequal policies which directly affect human development in Balochistan. The recent UN Human Development Index shows the Balochistan clearly lags far behind the average line of 0.391 in all three dimensions; education, health and living standard.

Lack of opportunities and lowest levels of Education

In the HDI report, the comparison proves that the districts in Balochistan are not in magnitude experienced by districts in Punjab, KP and Sindh. With a literacy rate of only 41% according to Pakistan Bureau of Statistics and in HDI report, Balochistan stands at the lowest levels with only 7.4 years of average schooling where Punjab stands at 10.1 years, KPK at 9.7 years and Sindh at 8.3 years.

Talking to Balochsitan Review, Gul Khan Naseer, a development analyst and Head of Programs at Azat Foundation Balochistan said, “Among all three dimensions of HDI, education is the most critical. Not only because education improves lives at individual level, but it strengthens societies for economic development. But as the data shows education is the weakest link here which further results in lack of employment opportunities, higher population and poverty.”

Provincial Secretary for secondary education Mohammad Tayyab Lehri told Balochistan Review, “The disturbing statistics of education did not generate over-night. There has not been much reform in the education system over the last few decades. Fewer opportunities and fewer number of institutions with major technical, computer, social sciences and natural science, commercial, law colleges and polytechnic institutes is another big reason. Colleges throughout Balochistan are not well equipped. The youth from Balochistan’s far-flung areas are unable to benefit from these colleges.”

Gul Khan Naseer was of the view that provision of quality education to all children and youth, establishment of technical and vocational institutions to ensure availability of skilled human resource, economic empowerment of masses particularly youth and women are very essential to uplift human development in Balochistan.

“Solid reforms, special attention and equal distribution of opportunities in education sector can contribute in the overall development of the province,” Mohammad Tayyab Lehri suggested.

The data in HDI report shows a marked decline in health indicators in more than 50% of the province. This also includes the capital city of Quetta. The highest achiever in terms of health is Kalat, which according to recent data, falls under the medium health category.

Due to the poverty in Balochistan, children remain severely and moderately malnourished. The World Food Program officials state that 61% population in Balochistan is food insecure. Because 40% children are underweight, and 52% are shorter as per their age.

Talking to Balochistan Review Abdul Rauf Baloch, Additional Secretary (Development) Government of Balochistan at Health Department said, “Lack of facilities and quality health care in Balochistan has caused numerous problems in terms of health for the people. Among the key issues lack of staff, specially doctors and technical staff do not perform job in the remote districts of Balochistan.”

Lack of facilities and staff has also resulted in large number of maternal mortalities in the province. The recent years’ country based Maternal Mortality rate (MMR) was recorded at 260 per 100,000 live births, whereas, it is the worst-hit area when it comes to MMR and health-related indicators in Balochistan. Keeping in view Balochistan’s MMR and female reproductive health demographics the experts have already expressed that it could only compete with war-torn Somalia – with MMR of 1000 and Liberia with MMR 770 per 100,000 live births.

“Influential role and nepotism have also affected the health system causing no equitable Justice. There is no plan and work for the improvement in health sector. All those who have taken seats from concerned district, they should be assigned duties in that district on rotational basis whether he/she is professor, consultant or a doctor, should be posted in Quetta and no one should be allowed to run their business as private clinic,” added Abdul Rauf Baloch.

Majority of the Population Under Poor Living Standards

Undoubtedly, Balochistan has extreme deprivation in terms of living standard index. According to the HDI only 0.34 people have a maximum number of living substandard conditions and 17 districts fall in very low category, 10 in low category except Quetta, which falls in High Medium category.

“The provincial government and stakeholders in Balochistan should be given decision making power in mega power projects for the sake of human development and empowering the masses. Federal government should also make efforts to contribute in improving the education system, standard of living, and health condition in all Balochistan. Initiating rural development programs and ensuring legal safeguards to the share of province in mega projects are crucial in the current situation,” Gul Khan suggested.

Published in The Balochistan Point on January 9, 2019