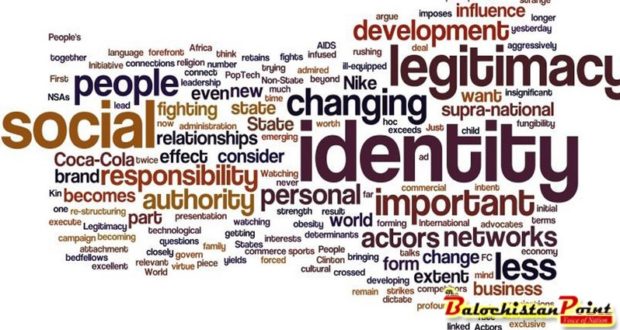 An inclusive society is defined as a society for all, a society where everyone has freedom of expression, respect and recognition for religious, ethnic and cultural diversity. An important determinant of conflict is modernization and development. During the development process traditional parochial identities are threatened. There are many developing countries in Africa and Asia, where sensitivity of social fabric of society is on rise and may require mature and solicitous initiatives.

In the last few years, if we count only those renowned people, who were assassinated due to their thoughtful expression and sovereign thought –the list is very lengthy. The event diaries of this country are full of acts of hatred and extremism. Social resilience has never been a priority agenda in any of our policies. The concept of dialogue and freedom of expression is nonexistent.

Economists take ethnic, racial, religious, political and other social disputes as an issue of identity.  Identity explains the behavior that is harmful for other members of society during the process of safeguarding one’s distinctiveness. The reason for this behavior may be to protect one’s image of self-identity or identity of their respective social, religious or ethnic group.

The conflict arises when individuals with different identities contact each other in different social spheres. In frequent cases weaker group don’t mix and try to maintain their identity. The weaker groups become self-destructive and harmful for society as a reaction of loss in identity or social seclusion. Thus, the anger of Baloch young man, protests from true supporters of democracy, devastating behavior of different individuals with certain religious thoughts, women movements and of course wrath against economic taxonomy etc., all are very ‘rational’ behaviors. George Akerlof – a Nobel laureate argue that search of identity also result of economic pay offs and if certain groups are socially excluded and get lower economic pay offs – the result can be self-destruction or destruction to society.

A set of state policies at all levels might be helpful to address the issue of social dilemma of self-identification. One possibility is to consider the Akerlof’s argument on economic payoff: the more challenging task for state is to ripen a relationship between economic system and marginalized groups in society. This article is considering Baloch identity as an illustration. The threatened identity of Baloch is mainly due to realization of unfair division of resources at state level, unequal distribution of opportunities and lack of confidence on state in providing social justice. Exclusion of local Baloch from decision making in allocation and management of natural resources, exclusion of local communities from development process and omission of populaces from their due rights are further threatening the identification of Baloch nation in the province. Historically, controlled ballot boxes in the province are leading toward poor process of development and also toward high aggression among the nationalist.

Absence of social development in the province is one of the biggest challenges. Stunting and wasting is highest in Balochistan. Cost of malnutrition is very high not only for those households but also for the nation. According to a World Bank report, the malnutrition in Balochistan is mainly because of unavailability of water and poor sanitation conditions. Climate change had never taken seriously, neither it is priority agenda of present government, current dismal experiences of famines in the province, will be even more serious in forthcoming years if the issue is not addressed well on time.

The grim situation in Balochistan is multi facet in nature. Social, economic, cultural, ethnic, and political complexities require endogenous solutions through accepting the identity of Baloch nation. Solution lies at heart of accommodating the Baloch identity and giving respect to the opinion of local people in political and development process. All need to understand a simple principle that externally imposed development and political agenda will bring distress and harmful reaction from residents and cause nothing except distraction.

Dr Asma Hyder Baloch is associate professor at Institute of Business Administration Karachi. Before joining IBA, she served as member social sector at Planning Commission, Islamabad. She is recipient of Fulbright J. William Award for International Understanding and did her Post Doctorate from University of Pennsylvania, USA.   She also served as faculty member at National University of Sciences and Technology for several years. She is a research affiliate at London School of Economics and Political Science, Sussex University UK and Carleton University, Canada.  She tweets at @AsmaHyder

Published in The Balochistan Point on January 9, 2019