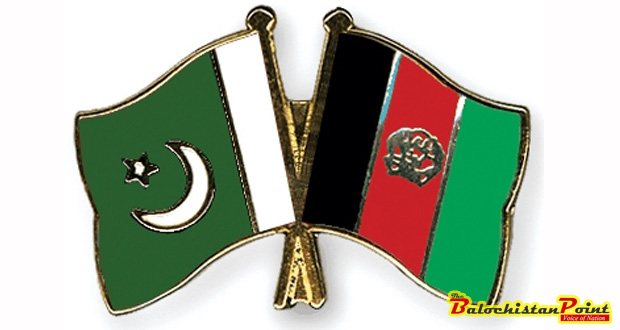 In the wake of the attacks within Pakistan escalated more tension between Pakistan and Afghanistan relation. Pakistan has given Afghanistan a list of over 70 wanted extremist elements. Almost the group linked to the bombings in Pakistan, Jamaat-ul-Ahrar, is an outgrowth of the Pakistani Taliban, which was driven into Afghanistan by a massive Pakistan army operation in 2015. They also have claimed the bombing of several Shia’s mosques in Kabul, the Afghanistan capital.

As a result of these ongoing attacks Pakistan closed border with Afghanistan. Due to some political and security issue, but the trade-related activities- both are inter linked. If Pakistan open’s border it means to attacks on her own salves and becomes self-defeating to take this step for trade purposes. “Pakistan sent a proposed draft on “preferential trade agreement” to Kabul several years ago but it has since been awaiting approval by the Afghan National Security Council, making it difficult for his government to meet traders’ demands for separating economics from security issues.” (Voice of America March 15, 2017)

Both countries have large lists of wanted extremist elements. As in international relation there is no permanent enemy and no permanent, the relations must be based on national interests, Afghanistan has suggested having a third party to resolve the facing issue, unfortunately the issue are escalating with the passage of time.

As, we know that “It is a fact that 19 districts within Afghanistan are ruled by Taliban. It is a fact that there is an on-going war situation and struggle between Kabul and Taliban in other districts. ‘It is a fact that Afghan government “control or influence” decreased to 65.6 percent by the end of May from 70.5 percent last year, based on data provided by US forces in Afghanistan”. (Al Jazeera 24 June 2017)

Many countries have a physical presence in Afghanistan and influence her politics; Afghanistan is constrained to tailor her policies accordingly. A recent example is of Afghanistan refusing to accept $500 million aid from Pakistan in 2016.

“Another looming possibility is of Russian intervention in Afghanistan. ‘If Islamic State of Iraq and the Levant and the Taliban continued to gain strength, it could tempt Russia to stage a Syrian-style intervention, this time on the pretext of protecting its “backyard” in Central Asia.” (The Telegraph March 5, 2017)

The arm race between India and Pakistan has created a security dilemma; this is a major issue that is directly affecting the stability of Afghanistan. These three countries must have to work in a cooperative framework, so, that the region can be prosperous, which will be a step toward economic development. If we are the part of international relation so we should consider our interest because there is no permanent enemy and no permanent friend, after ww1 and ww2 those all country which fought with each other now they are standing together, a recent example of America and Japan relation, they knows international relation thus, Obama and Shinzo abbey embraced otherwise, who can forget Nagasaki and Hiroshima.

As Afghanistan become an issue in itself and has many hurdle in the way of her government stability to satisfy the nation. This is a complex scenario, the current government need to navigate very cleverly to avoid a situation that can be disastrous, as well as Afghanistan should concentrate on foreign policy, and as soon as possible to make the environment peaceful. Pakistan also needs to get out of its in-depth strategic cliché vis-à-vis Afghanistan that has at long last proved to be neither here nor there. How fallacious it was can be seen by the fact that first the Taliban terrorists used Pakistan as their strategic depth and now India has found its strategic depth in Afghanistan to negate Pakistan’s regional importance.

As we know war is the part of human nature, history is full of battles, full of praising victors, but in this modern era diplomacy is a perfect tool to avoid from war, because war always conduct for interest but now both sides has choices, this is the time of economic race, a very famous quote of Sun Tzu “war is a matter of life and death a road either to safety or to ruin.” through negotiation Pakistan, India and Afghanistan should solve their problem.

Writer is student at School of Politics and International Relations, Quaid-i-Azam University, Islamabad.

Published in The Balochistan Point on March 27, 2017

2017-03-28
admin
Previous: Impacts of Census on Balochistan discussed at University of Karachi
Next: Crossover Targets USD 20 Million Jobs for Pakistan