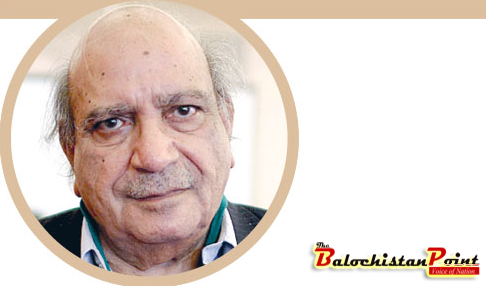 Executive Director Lok Virsa Dr. Fouzia Saeed said, “We at Lok Virsa cherish the writings of wise people who we think are our treasures and our virsa. When these people write about other great people then it becomes mandatory to read thier writings and clarify our vision. I A Rehman, a gem of an Ustad to so many, a journalist and a human rights icon with Malik Mohammad Jaffer, also a respected lawyer, constitutionist and a journalist, both wrote about Mohammad Ali Jinnah and his role as a parliamentarian.

She said, These days, in the face of a distortion of our society we all are tempted to rediscover the vision of our Quaid for this country. While all the other roles are accentuated, his role as a parliamentarian also needs to be analyzed and communicated to our younger generation

Published in The Balochistan Point on January 29, 2017