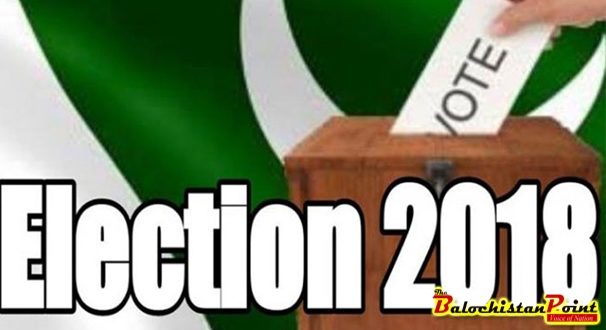 Thanks to heavens, election is over. Amidst endogenous and exogenous threats to sabotage the process, it was conducted peacefully throughout country except one incident of Quetta carnage. For this our armed forces alongside polling staff deserve our heartfelt kudos since without their unflinching aid, it could not have been possible to execute the polls successfully.

As always, the post-election scenario gives the feeling of déjà vu; the rigging becomes a buzzword among the losers.  Different kinds of allegations like engineering, maneuvering and manipulation of the polls by the establishment are being leveled to discredit the outcome of the election. Those who bit the dust in the electoral contest are leaving no stone unturned to create doubts about the credibility of election.  To this end, all parties’ conference was convened that in a unanimous declaration rejected the result of the polls oughtrightly and demanded for re-election. PPP supremo Bilawal Zardari who did not grace the all parties’ conference with his presence also voiced the same concerns in a separate televised press talk and demanded for the resignation of chief election commissioner who according to his viewpoint miserably failed to conduct the election with due diligence and prudence.

On the contrary, the factual and impartial analysis of the event suggests vice-versa; the observers of transnational and national watchdogs like European Union, commonwealth and FAFEN have expressed satisfaction over the fair and peaceful conduct of election. According to their observation, the election has been fair, free and transparent and relatively better than the election 2013. No move of rigging or foul play was detected by them in any constituency throughout Pakistan. Even former chief election commissioner of India who was here to observe electoral proceedings also substantiated the findings of local and foreign observers. Apart, a host of domestic and foreign channels also kept an eagle eye on the electoral scene but surprisingly no channel could report any evidence of rigging as claimed by the vanquished syndicate of politicos.

It is true that performance of election commission did remain questionable throughout the event. It made unnecessary delay in announcing the results and also failed to redress the grievances of the complainants timely. Its RTS (result transmission system) remained mired in glitches that eclipsed its whole performance. Moreover, it was also alleged by some parties that their agents were forcibly expelled from polling station during the time of counting whereas in some constituencies form 45 also remained a matter of controversy.  However, the incompetence and irregularities of election commission in any way cannot be equated with rigging and thereby nullify whole the election as demanded by the attendees of APC.

Political dynamics of our country, in the wake of election has undergone colossal metamorphosis. It has busted many myths that surrounded the election from its very inception. One of the predominant myths was that this election is covertly going to be manipulated by the establishment and the parties sponsored by the establishment will carry the day. This myth could not see the light of the day since the parties which were thought to have been created by the deep state have utterly failed to secure positions for them in the parliament. PSP of Mustafa kamal is one of such examples. His party ever since its birth was alleged by its opponents to have link with the establishment. This proved to be mere an unfounded allegation and a myth that was busted in the aftermath of the polls as it could not manage to bag even a single seat in the election. Additionally, Chaudry Nisar who was deemed as blue- eyed of the establishment and the other contenders contesting under the symbol of “JEEP “were also censured for having patronage of establishment; this myth was also debunked by the outcome of the election for the tyres of the “JEEP” were badly busted  as a consequence of which JEEP could not creep through the door of the parliament and chaudry Nisar who remained permanent feature of the national legislature for over three decades had to meet the nemesis. Similarly, TLP was also named by the conspiracy theorists as a brain-child of the deep state. This myth too could not find the feet as TLP failed to achieve phenomenal success in electoral combat.  Moreover, the Rivals of GDA also lambasted it for having influence of intelligence agencies and has been forged to dismantle the political fiefdom of the PPP in sindh. This too was a myth as reality portrayed an absolutely different picture. GDA could not perform worthwhile and utterly failed to dwarf PPP in Sindh.

Besides, had there been any meddling of the establishment in electioneering, anti-state elements like Ali Wazir and Mohsin Dawar of PTM would not have emerged as victors and PML (N) that was selling anti-establishment narrative to the populace would not have been able to outshine its rivals in Punjab. All these irrefutable facts insinuate that there had been no role of deep sate in the election but to maintain law and order during the polling day.

Another myth that remained a political hot potato for the spin doctors was of the role of electables in election.  Prior to election, it was widely believed that without connivance of the electables, to win the election is hard nut to crack.  But this also did not hold any veracity for a large number of   electables had to encounter humiliating defeat even in their traditional strongholds. It reflects the political wisdom of the electorate that expressed antipathy for those electables who switched off their loyalties just before some weeks of election and joined the camp of PTI.

Similarly, many political leaders like Molana Fazl-ur- Reman, siraj-ul- Haq, Achakzai, Asfandyar, Bilawal ,Farooq Sattar, Shahid Khaqan,  Saad Rafiq, Abid Sher Ali, Zulafaqar Khoso, Chaudri Nisar and Mustafa Kamal were also humbled by the electorate of their own home towns. Thanks to the people of their constituency who broke the shackles of thralldom and helped Pakistani nation rid of the oligarchy of these conventional power seekers who considered themselves as invincible and behaved like demigods on the earth.

The wind of change attributed to Imran khan has blown from Khyber to Karachi. All three provinces have voted for change but sindh where Bhutto is still alive and kicking; I mean where politics of cultism is still deeply entrenched. Here, I would like to laud the determination and intrepidity of the baloch electorate who despite a savage suicide attack nearby the polling station in Queta evinced an exemplary resilience and courage by putting their input to the ballot. Their dauntless attempt to return to the polls was magnificent display of the adage that says” ballot is stronger than bullet”.

PTI that was once dubbed as a Tanga party replacing PPP has now blossomed into a one and only federal party of the country. People belonging to all four provinces have voted for PTI. It has given a death knell to the politics of ethnicity for all the ethnic groups have now started gathering under the banner of PTI. It is the only non-dynastic party that contains the seeds of national integration and enormous potential to consolidate the fragmented nation that given the internal and external dangers is indubitably need of the hour.

Now, the reins of the state are in the hands of Imran Khan whose party emerged as a single largest party in the lower house and is poised to form the next government. Khan’s steadfastness and relentless struggle spanning over a period of twenty two years paid him off. He proved his mettle and thereby won the love and the confidence of the nation. People voted for his drive against the corrupt, unprincipled and unscrupulous politicians who by subjecting the nation to the abject misery have turned billionaires. It is high time to hold them accountable and bring them to book…

Khan is the only hope of the nation; young generation idolizes him. In his triumph, the young voters have played a decisive role. Women too have made significant contribution in a pursuit for NAYA PAKISTAN. The old also view him as the messiah and want him to make Pakistan an ideal country for their posterity where virtues like meritocracy, rule of law, egalitarianism and socio-economic justice should always be upheld. May ALLAH grant khan sahb strength and intestinal fortitude to make Pakistan great!

Published in The Balochistan Point on August 3, 2018