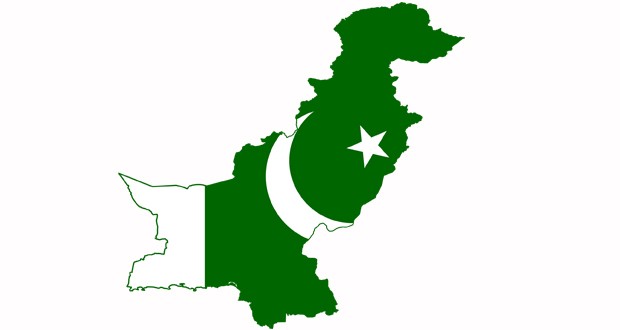 Implementation Of 18th Amendment Is Must For Viability Of Pakistan

Historically Pakistan has never been a devolved and decentralized state. It emerged as a result of the Lahore Resolution of 1940 which aimed at establishing a separate homeland for Muslims of the Sub-Continent. It guaranteed that federating units would be sovereign and autonomous. A resolution passed by Sindh Assembly in 1943 led to its accession to Pakistan.  Similarly Balochistan joined Pakistan in 1948 by an agreement between Muhammad Ali Jinnah and Ahmad Yar Khan (Ruler of the Princely State of Kalat). Under this agreement Balochistan would remain an independent and sovereign state while its Foreign Affairs, Defence and Currency would be dealt by the Federation but this promise was never fulfilled. Balochistan and Khyber-Pakhtunkhwa (formerly NWFP) agreed to the 1973 Constitution only on the condition that it would abolish the Concurrent Legislative List within 10 years but again this promise was never made good.

To meet the longstanding demand for provincial autonomy, the historic Constitution (Eighteenth) Amendment Act, 2010 was passed which abolished the Concurrent Legislative List and entitled the Provincial Governments to legislate on these subjects. It reviewed as many as 102 articles, annulled 69, substituted 20 articles and inserted 7 new articles. It also repealed 4 articles and the 6th and 7th Schedules. It inserted article 25-A which states that the state shall provide free and compulsory education to all children of the age of five to sixteen years.

The mineral and resource rich province of Balochistan is facing insurgency of serious nature as the insurgents demand control over their natural resources. The 18th amendment aimed to address this claim via Article 172-3 which states that for any Mineral Oil and Natural Gas explored within the provincial territory the Provincial and Federal Government will be Joint and Equal Owners. In contrast Article 158 states that: “The Province in which a well-head of natural gas is situated shall have precedence over other parts of Pakistan in meeting the requirements from that well-head, subject to the commitments and obligations as on the commencing day”. It is bitter to know that still many parts of Balochistan have no access to domestic gas for cooking purposes despite Balochistan being the major supplier of Natural Gas in Pakistan.

The 18th Constitutional Amendment envisaged a formula for distribution of financial resources through 7th National Finance Commission Award and stated that all subjects falling in Federal Legislative List Part II would be dealt in the Council of Common Interests (CCI). An article 154(1) state that CCI shall meet at least once in every ninety days but unfortunately a forum of such significance is not taken seriously and meetings are not convened as per schedule. The 7th NFC has increased the share of Balochistan in Federal Divisible Pool from 7.05 percent to 9.09 percent which has resulted in inflow of additional funds of above 40 Billion PKR in post 7th NFC year 2010-11 but this amount was wasted and injected as Non-Developmental Expenditure. It should have been allocated for mega infrastructure projects instead of wasting it under Non-Developmental Expenditure.

The 18th Amendment has not benefited the province of Balochistan in its real sense as most of the key ministries are not devolved to provinces. The Labour Ministry has been devolved but revenue generating EOBI is still kept with the Federal Government. Similarly Ports and Electricity is shared subject under Federal Legislative List II and provinces have not complete control over them. The existence of Federal Health and Education Ministries despite 18th amendment is unconstitutional and should be made defunct and devolved to provinces in the greater interest of the country. Similarly Article 172-3 cannot benefit the people of Balochistan till all the corresponding rules, laws, policies and regulations relating oil and gas are amended in order to implement the 18th amendment in its real sense.

The crux of the matter is that the demand for provincial autonomy needs to be fulfilled urgently in order to bring peace and stability in the region and make Pakistan a viable state. Pakistan is our homeland and we must give an economic and governance model that suits its people and contributes to the greater interest of the state so that Pakistan can hold her head high with esteem and honour amongst the other developed nations of the world.

Author is a Research Analyst in a Public Sector Organisation

Published in The Balochistan Point on March 6, 2015