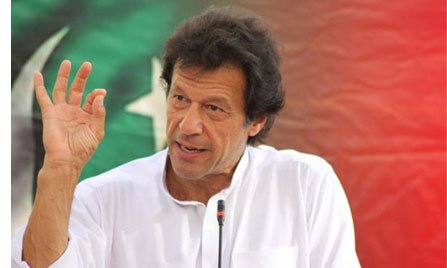 The recent political uplift in the country which is going on since 14th of August of this year is speedily changing the political discourse in the country. Anti-Government protests are being staged across the country especially in capital territory. One of the opposition parties of the parliament Pakistan Tehreek-e-Insaf (PTI) has raised voice against the status quo on the basis of allegations that May 2013 Elections were rigged.

While addressing the huge crowd at the sit-ins in Karachi and Islamabad Imran khan said that He would go to Balochistan and Sindh to raise voice for the oppressed people of those areas. Keeping rest of the country’s political aspects aside, here we will focus on Balochistan, its problems and solutions. But a prudent view demands that before coming to Balochistan, Imran khan should not only sort out problems but also provide framework to solve these problems. Otherwise coming to Balochistan and addressing people is just a waste of time for PTI leadership as well as for the people of Balochistan.

Imran khan’s separate strategy for Sindh rural and Sindh urban is better and may work for him. As he has raised voice for the people of Karachi and now he will go to interior Sindh to create awareness amongst people of their rights, and motivate them against the status quo.

In Balochistan different communities have different problems and IK can’t address them collectively. Baloch in Balochistan have issues like Baloch separatists, kill and dump policy, issue of the missing persons and their recovery, operation in Baloch areas, and obviously the other nationalist parties have also objection on fairness of election in Balochistan. On the other side Pashtoon belt of Balochistan have issues like increasing influence of militant organizations in the area and unequal distribution of wealth. Moreover, some collective issues like establishing peace in Quetta, sectarian rifts, and targeted killing of the Hazara Shia community.

Now the question arises that how Imran Khan will address these issues which are very sensitive and unresolved from very long time. Can IK take an anti-establishment stance on Balochistan? Will he provide a political approach towards resolving the issues which is fuelling unrest in the province? Can he introduce an Economic package for the people of Balochistan to not only minimize desperation but can also tilt people towards PTI for a hope?

The answers of all these questions will determine how much helpful Imran Khan can be in solving the problems of Balochistan.

Author is a MBA student in Quaid-e-Azam University Islamabad. He can be reached at Naseeb.nbkakar@gmail.com

Published in The Balochistan Point on September 28, 2014.

Disclaimer: Views expressed in this article are those of the author and The Balochistan point not necessarily agrees with them.

2014-09-27
Editor
Previous: Four Dead Bodies Found In Punjgur
Next: Power will be transferred to local bodies after Eid: Dr. Malik