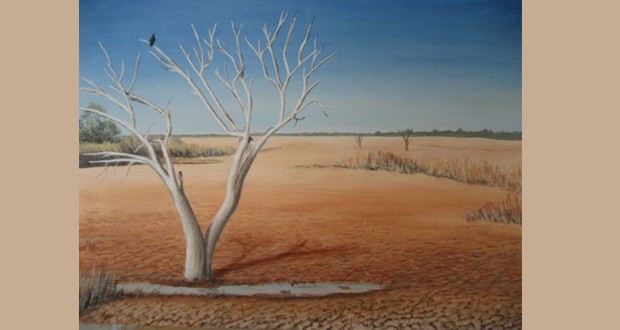 Inaction Of Government Will Maximize The Impact Of Drought In Balochistan: Azat Foundation

Quetta – The province of Balochistan is once again passing through another serious phase of drought which is fast affecting livestock and agriculture which are the mainstay of economy of the province.

“Over 20 to 25 percent livestock perished only in Noshki district of Balochistan and the situation of livestock is becoming more serious in Khuzdar, Kharan and others districts owing to delay in providing them any relief,” these facts were disclosed by Zahid Mengal, Executive Director Azad Foundation (AF) at an orientation workshop with journalists, “On food security condition of Balochistan and planning of Government on this perspective,” organized by AF in collaboration with Action Aid at Quetta Press Club here on Saturday.

Mr. Mengal said that a field survey conducted by AF revealed that lack of drinking water and vegetation in UC Daak, Anambostan and Keshingi of Noshki district had badly caused serious impact on livestock. “About 20-25% animals have perished in these three UCs, milk production of animals has declined that is causing nutritional and income problems for the households in Noshki district,” he added.

He said that unfortunately, no detail drought survey or need-assessment had been conducted by government so far. According to Provincial Disaster Management Authority 29 out of 32 districts are affected by drought. He said that Chief Minister Balochistan had announced one billion for the drought hit areas yet no relief was given to affected people. “Owing to shortage of drinking water and delay in providing relief, people are compelled to migrate towards urban areas and this is increasing urbanization and also disturbing children education,” he added.

He said that media could play a vital role in sensitizing authorities concerned towards serious impacts of drought in many districts and if serious steps were not taken the situation would be more complicated in coming days.