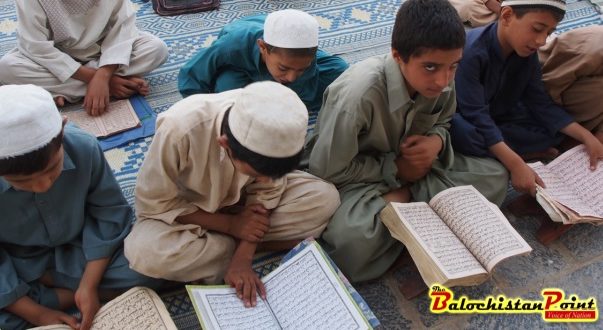 Initiative Launched to Include Modern Education in Seminaries in Balochistan

QUETTA: The Balochistan government on Thursday launched an accelerated learning pathway (ALP) programme to bring religious seminaries operating in the province into the mainstream.

The ALP seeks to broaden the scope of education in the seminaries and has been jointly launched by the provincial government and the Balochistan Rural Support Program (BRSP), a non-government organization operating in Quetta and Pishin districts.

“We want to bring all madressahs (seminaries) into the mainstream,” Secretary Education Abdul Fatah Bhangar told a meeting of the Balochistan Advisory Council for Education (BACE) Educationists, well-known religious scholars and members of the civil society participated in the meeting.

The meeting was told that currently, over 9,000 students were getting religious and modern education in these 90 seminaries.

“Our objective is to promote tolerance and impart better education to students,” Dr Atta ur Rehman told the participants of the meeting.

For the ALP program, the provincial government has allocated an initial sum of Rs50 million during the financial budget for the year 2017-18. The amount will be spent on improvement and provision of basic facilities to seminaries students.

Published in The Balochistan Point on August 20, 2017

2017-08-20
admin
Previous: University of Lahore and AGAHI Sign a Collaboration Agreement to Leverage Skills on Futures Research
Next: Origins and Growth Pattern of Islamic Organizations in Pakistan