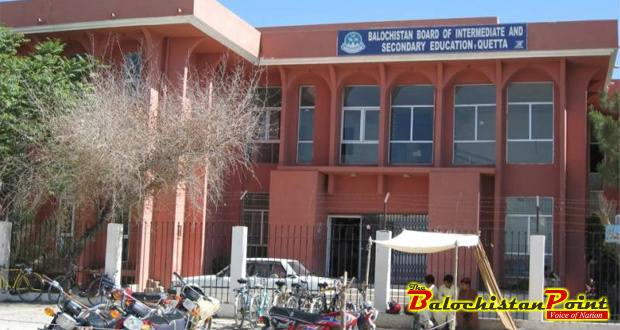 Quetta – Students who had taken Intermediate exams have severely criticized Balochistan Board of Intermediate and Secondary education (BBISE), in aftermath of the result.

Out of 26,883 candidates that appeared in exams only 7,710 candidates were declared successful.

Failed students blame the paper marking system of BBISE for the poor result of Intermediate. Students have announced to protest outside the office of BBISE on Monday.

Unprecedented failure percentage in intermediate result is only because that BBISE wants to increase its revenue by forcing students to reappear in exams,” alleged Haleem Jan, an intermediate student while talking to Balochistan Point.

Students have announced to protest outside the office of BBISE.

“Intermediate result of BBISE is a grave injustice with talented students who had attempted their papers brilliantly,” another student Durra Khan told Balochistan Point. He added, “Balochistan Board has ruined the future of youth by failing 71 percent of the candidates.”

“Majority of the students who had come to Quetta from far-flung areas for preparation of Engineering and Medical University entry test are totally disappointed due to scoring less marks or being failed,” added Durra Khan.

Huge number of students are unsatisfied with paper checking and want to recheck their papers however there in no proper rechecking system in BBISE. BBISE charges Rs. 300 for re-checking but will only recount the marks tally.

BBISE charges Rs. 300 for re-checking but will only recount the marks tally.

Intermediate Candidates have urged Chief Justice of Balochistan High Court to take notice of this matter. They have demanded that their papers should be rechecked in a proper way.