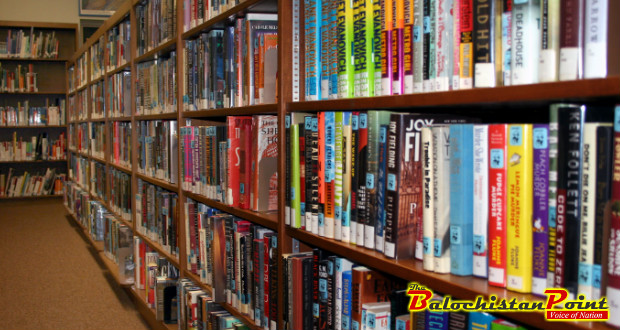 Shortage of Libraries In Quetta

Libraries play a pivotal role in the development of a country and produce great scholars, teachers, good leaders, honest government officials and create employment opportunities.  Moreover, it reduces the crime rate in the country, for instance, if the public are busy in their studies then they will be far away from the bad practices.  Unfortunately, in the state of Pakistan there is dearth of libraries.

Balochistan is facing most horrible owing to lack of funds, no interest of government officials and high illiteracy in the province.  In Balochistan especially in Quetta where most of the students come from the flung areas of Balochistan, approximately more than 1000 KM are facing multifarious problems but absence of library facilities is one of the leading problems.

In Quetta there is only one public library i.e. Balochistan Provincial Library Quetta which has few chairs and that is causing problems for the students.  In past few years most of the students went to University of Balochistan (UOB) Library and BMC library. Owing to some difficulties UOB has closed the door for outsider students who wanted of study for CSS and PCS exams.  Moreover, BMC has also closed its library and now students are compelled to study at the BMC Mess which is a huge problem.

It is requested that leaders and well-wishers of Balochistan students should come forward and take notice of shortage of Libraries in Quetta.

Author is a MBA Student. He can be reached at: Jameelahmed386@gmail.com

Education 2015-09-07
Editor
Previous: Peaceful Balochistan: Will it Work?
Next: Intermediate Result: Students Protest Against Balochistan Board