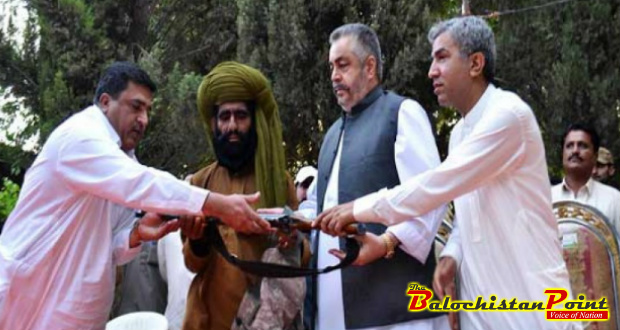 Peaceful Balochistan: Will it Work?

Will this strategy work? There are different factors that need to be considered. This is the fifth insurgency in Balochistan in the last 68 years. The ranks of the insurgents may still be dominated by those who are ideologically motivated, even though the state authorities seem to think that the majority of insurgents are driven by economic interests. ideologically-motivated insurgents may never surrender their weapons for the sake of economic benefits.

Another factor is that the present Balochistan government comprises people who have been favoured by the establishment as an alternative to the more aggressive Baloch leaders. Even Dr Malik Baloch got the chance to become chief minister only because he was considered as an alternative to insurgent leaders and other more vociferous ones. If the militant leaders surrendered and joined mainstream politics then the incumbent Baloch politicians might lose their importance to the state and the establishment for obvious reasons. Therefore, certain leaders in the present Balochistan government support surrender of insurgents publicly but in reality they their vested interests would prefer if the surrenders did not take place. This is one of the major factors that will not allow the success of any surrender plan in Balochistan.

The fourth factor to consider in this context is the trust factor which makes insurgents avoid any enticement by the state of Pakistan. A cursory study of history shows two events related to insurgencies in Balochistan where the state didn’t keep its promise. In 1948, Agha Abdul Karim Khan, bother of Khan of Kalat, revolted against the state and went to Afghanistan. He was asked to surrender by state authorities and in return he was promised that he would not be arrested. Douglas Y Fell, then foreign minister of Kalat State acted as conduit between the state and Agha Abdul Karim. However when the brother of the Khan of Kalat surrendered, he was arrested and sent to prison for seven years.

History repeated itself in 1959 when Nawab Nauroz Khan Zarakzai was given guarantees, by taking oath on the Holy Quran, that he along with his compatriots would not be arrested if they surrendered. What happened to Nawaz Nauroz after his surrender is something every student of history is familiar with. This is why leaders of Baloch insurgents would think twice before accepting another promise made by the Pakistani state.

The Balochistan problem is linked to the systematic deprivation the province has faced over the past 68 years. Despite being the richest in terms of mineral resources, Balochistan is most backward province of Pakistan. The sense of deprivation among the Baloch people is the basic cause of insurgency in province. Later on, some foreign elements might have contributed in fuelling the insurgency but the underlying cause is this sense of deprivation.

Under the command of General Raheel Sharif, the military establishment has shown welcome change. Mistakes made by the previous regimes are being corrected which is a positive omen for Pakistan. The state is also going after those who are involved in ‘economic terrorism’. Karachi is the mainstay of the efforts to curb this activity. However, the net needs to be expanded to corrupt politicians and bureaucrats of Balochistan as well.