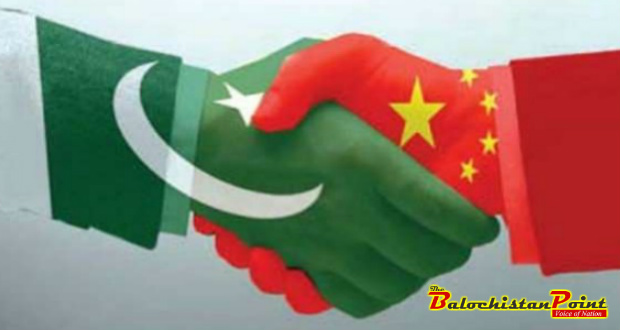 Syed Fazl-e-Haider is a development analyst and a freelance columnist based in Pakistan. Areas of his expertise include Pakistan-China economic ties, Balochistan economy and Gwadar Port. He is the author of many books including “Economic Development of Balochistan”, which has been recommended at Ph.D and post-graduate level in two universities of Balochistan in the syllabi of “Development Economics & Planning”. The Balochistan Point conducted an exclusive interview with Mr. Syed Fazl-e-Haider which is as follows:

Adnan Aamir: In your opinion what’s the main cause of economic backwardness of Balochistan?

Syed Fazl-e-Haider:  Balochistan is rich in natural resources. It has enormous potential in all sectors of development.  Unfortunately, it lacks the institutional and human resources to develop its natural endowments. It needs foreign and domestic investment to develop its economic sectors. The investors hesitate to invest due to the lack of development infrastructure and law and order problem in the province. The social indicators are also appalling in the province with illiteracy nearly at 60 percent, a small scattered population in large area, low primary school enrolment ratio and insufficient facilities for healthcare. The illiteracy is higher in Balochistan, and hence the people lack the initiative and entrepreneurial ability. The province has no skilled and trained labor to utilize its natural resources. Resultantly, its resource potential remained untapped and the province has been caught up in underdevelopment trap.

The education sector has suffered from years of neglect and under-funding. There is a strong nexus of high illiteracy with high poverty in the province. A lethal combination of militancy and poverty continues to keep the province far behind the other provinces in performance improvement in the educational arena killing all efforts and frustrating any prospect to bring improvement in poor state of education and prevailing backwardness in the province.

After 7th NFC Award 100s of billions of Rupees have poured into Balochistan every year. Why all these billions have failed to improve the living standard of people of Balochistan?

Lack of institutional framework and human resources, the efficient fiscal management and underutilization of funds has been an issue in Balochistan. Fiscal targets and physical targets rarely match. The province needs to set priorities while making budgetary allocations to different sectors. There has also been rampant corruption in government departments. The province direly needs efficient fiscal managers and development experts.

What is your take on the way successive Balochistan governments have tackled Recodiq Gold mines issue?

Balochistan’s mishandling under successive governments has thrown the Reko Diq project into a prolonged and complicated litigation process in the international court of arbitration. This has further delayed the development of a gold mine, which could not be tapped since 1993. The province was deprived of the much needed multi-billion dollar foreign investment at a time when foreign investors have lost their interest in the insurgency-hit province. If the $5 billion project were to go ahead, it would instantly double the country’s foreign direct investment. Reko Diq can be indigenously developed without discouraging the foreign investors, by dividing the 400 square kilometers area into various zones leasing out land to foreign firms and also keeping major portion of land for indigenous development.

China-Pakistan Economic Corridor (CPEC) has been dubbed as a Game-changer. How would CPEC benefit people of Balochistan?

The China-Pakistan Economic Corridor (CPEC), which involves the construction of highways, railways and energy pipelines connecting western China with Pakistan and the Persian Gulf, may prove a ‘game changer’ for ambitious China if things go as they have been planned. China sees Insurgency-hit Balochistan, the Pakistan’s southwestern province, as its strategic hinterland to achieve its goals associated with long-term energy security. On one hand, the CPEC project could initiate a mega development process with huge investments in the province making it a new economic frontier of the country, but a restive Balochistan might prove a game changer pitch for the players of global energy game. A fully operational Gwadar port under Chinese upsets key regional players.

Are you satisfied with the stance of Federal government about the issue of route of CPEC?

As far as Balochistan is concerned, whatever be the route, the final destination of the corridor lies in Balochistan. Peace and stability in the province is the prerequisite to successful completion of this corridor of immense geopolitical importance. The local people have apprehensions about the proposed development projects given their bitter experience in the past when they were neglected and discriminated. Gwadar port in the province is the essential part of the project without which it loses its strategic worth.

Some politicians and intellectual believe that Gwadar port project and CPEC would bring unfavorable demographic changes in Balochistan. Your Comment.

Gwadar like a ‘Mega Magnet’ with all its attractions is likely to allure the people from other three provinces and abroad for availing job opportunities and settling their businesses in Balochistan. This will cause a massive influx of outsiders into the sparsely populated province. At present, Gwadar has a population of nearly 150,000 but the grandiose schemes and projects that have been announced will need, according to an estimate, at least a million people. The local people are apprehensive about the expected change in demography of the province through a large-scale influx of outsiders. They fear that they would be changed into minority in their own province. They feel a threat to their identity.

I think the government must frame rules to appease the locals keeping their grip on the economy. As per rule in Dubai, a foreigner needs a local sponsor to do business. People from all over the world have settled down in Dubai, but they always had a feeling of alienation and impermanence despite their decades-long presence.

Do you see any economic change in Balochistan in next few years to come?

In terms of infrastructure development, I see an improvement due to the implementation of mega projects related to CPEC. But I think real development will come when a change occurs in the existing socioeconomic conditions of the people of Balochistan.

What role can local governments play in economic development of Balochistan?

No doubt, the Local government system has the potential to work and deliver, as those elected to the various tiers of the local government are closer to their constituents than the members of the national and provincial assemblies are to their voters. The councilors are in a position to know the people’s problems and help solve them at the grass-roots level. I believe that fully functional local governments can create opportunities for social sector development and reform in Balochistan.

What short term plan you would suggest for economic development of Balochistan?

In the short-term, the social sector should be the focus of the government. Balochistan needs educational institutes imparting technical education and vocational training and health units providing basic health facilities in all its districts. No doubt, a healthy and educated population is real capital or human capital that can ensure development of vast natural resources in the province. The better human capital equipped with education in science and technology can be instrumental in increased productively with modern technology in all economic sectors. This will enhance industrial productivity and increase exportable output of the province.

Published in The Balochistan Point on June 27, 2015

CPEC Development Economic Corridor Economics Gwadar 2015-06-27
Editor
Previous: Turbat: Residents Demand Construction Of Dams
Next: Is State Security Only Threatened By ‘Save The Children’ In Balochistan?