Is The Housing Shortage Now at Crisis Point?

Karachi: Pakistan’s rapid urban population growth is causing a severe housing shortage—estimated to be in the region of 10 million units—and demand continues to grow at a rate of 0.7 million units per year.

The urban housing shortage is somewhere in the region of 3.5 to 4 million units, most of which is in the economically weaker segments of the housing market. Dr. IshratUlEbad Khan, the governor of Sindh has a plan to solve the problem. He recently announced that the government will work closely with the Association of Builders and Developers of Pakistan (ABAD) to create an abundance of low-cost affordable houses.

“The announcement is great news for the real estate sector in urban Pakistan,” said SaadArshed, managing director of Lamudi Pakistan. “For too long developers have focused solely on mid-tier residential projects, this ambitious plan is a great incentive for builders to open up their target market to include a wider segment of the population,” said Arshed.

The governor spoke about his plan during the ABAD International Expo at the Expo Center Karachi. The event which took place on Friday welcomed over 200 local and 22 foreign companies to participate. The central theme was the affordable housing dilemma. Speaking about the dilemma Dr. Khan mentioned that land was indeed available for building affordable housing and that with a combined effort a holistic strategy could be implemented.

ABAD is conscious of the need to alleviate the housing shortage and it is a key pillar of their social responsibility mission for 2016. However, they are reliant on cooperation from the federal government to make these plans a reality. Negotiations are underway but a sense of urgency needs to be injected from both sides. As representative groups slowly communicate—in a piecemeal fashion—inequality grows by the day. In Lahore, households at the bottom 68 percent of the income distribution can afford only 1 percent of the housing stock, in contrast to the households at the top 12 percent who can afford 56 percent of the available housing.

Shockingly, it is estimated that 4 million Pakistanis live in below standard housing, a statistic that includes 47 percent of Pakistan’s urban population. This, of course, is not just a problem that Pakistan is experiencing. Nearly 70 percent of the world’s population will live in urban centers by 2050, a staggering figure, and alarmingly most governments seem either unwilling or unequipped to address the problem. 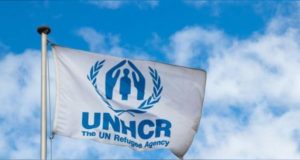