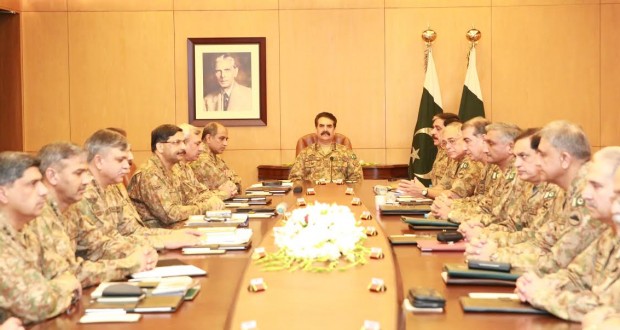 ISPR urges government and opposition to engage in dialogue

The information wing of armed forces of Pakistan has urged all parties in impeding political impasse to show restraint and resolve the conflict in best interests of Pakistan.

Army has been deployed in red Zone of Islamabad to guard the state buildings, according to ISPR statement.

Earlier, rallies of PTI and PAT entered red zone after government didn’t forcefully prevented them from entering the area. The political crisis has jammed daily life in federal capital of Pakistan.

Published in The Balochistan Point on August 20, 2014.