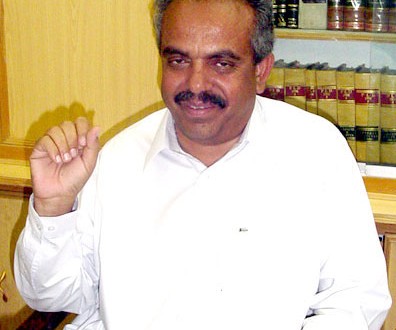 Quetta: The former opposition leader in the Balochistan Assembly Advocate Kachkol Ali on Monday appealed to the UN secretary general to take notice of “genocide of the Baloch nation and human rights abuse”.

In a statement issued from Oslo, he said that “a human tragedy has occurred in Balochistan… therefore United Nations should take notice of it and take practical steps for its immediate end”.

The nationalist leader said the “genocide of Baloch nation is ongoing for the last 13 years”.

“So far thousands of Baloch have been killed and their mutilated bodies were thrown away,” he said and added thousands of people had been  victims of forced disappearance.
Kachkol Ali expressed sorrow over the attitude of international organisations, saying that UN Secretary General Ban Ki-moon and other organisations have closed their eyes over the Balochistan situation.

He said that now the secretary general is visiting Pakistan but “this visit is not about human tragedy and human rights violation in Balochistan rather it is about education”.

“We are not against education. We want promotion of education as it is inevitable for people to know their rights but at this moment the existence of Baloch nation is at stake in Balochistan.”

Published in the Balochistan Point on August 13,2013