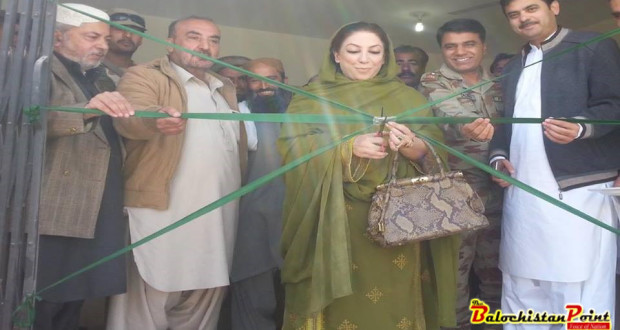 A large number of journalists from Kalat district, social activists, and political people were present on the inauguration ceremony of Mir Ahmed Yar Khan Press Club.

Speaking on the occasion, Senator Rubina Irfan said, “We appreciate struggle of journalists for becoming voice of the voiceless people and focusing the ignored issues which are in the interest of common public.”

Senator Rubina Irfan praised unity of journalists on one platform in Kalat. “Journalist should play their due role by reporting sufferings of public to draw attention of concerned   authorities.” She emphasized.

It is worth mentioning that that construction of Mir Ahmed Yar Khan Press Club has been funded by Senator Rubina Irfan.